The community area is named after the parish of Welaregang, and the nearby Welaregang Station also takes the name. There are numerous other grazing properties nearby. Welaregang is situated on the Ournie to Tooma road, a dirt track, and only 3 kilometres (1.9 mi) from the Murray River, the border with Victoria. 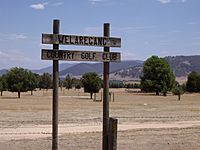 The community boasts a Golf Club which is cut directly into the surrounding landscape. 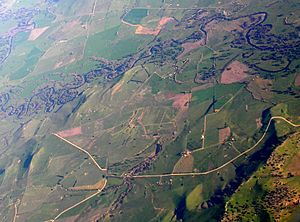 All content from Kiddle encyclopedia articles (including the article images and facts) can be freely used under Attribution-ShareAlike license, unless stated otherwise. Cite this article:
Welaregang, New South Wales Facts for Kids. Kiddle Encyclopedia.