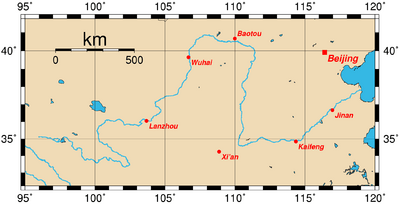 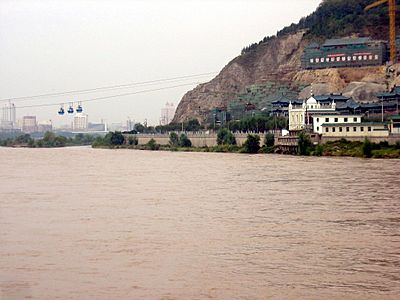 The Yellow River at Lanzhou

The Yellow River (Huáng Hé 黄河) is the second longest river in China (after Yangtze River) and the sixth longest in the world. The river is 5464 km long and it drains at the Bohai Sea, a gulf of the Yellow Sea. The river is often called the "Mother River of China" and "the Cradle of the Chinese civilization" in China. In Chinese mythology, the river is home to the deity Hebo.

All content from Kiddle encyclopedia articles (including the article images and facts) can be freely used under Attribution-ShareAlike license, unless stated otherwise. Cite this article:
Yellow River Facts for Kids. Kiddle Encyclopedia.