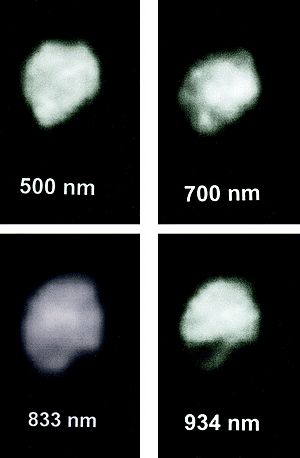 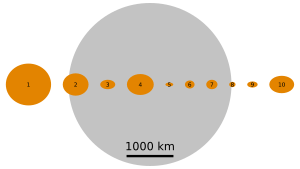 Size comparison: the first 10 asteroids discovered, profiled against Earth's Moon. Juno is third from the left.

Juno is an S-type asteroid, and is estimated to contain 1% of the total mass of the asteroid belt.

All content from Kiddle encyclopedia articles (including the article images and facts) can be freely used under Attribution-ShareAlike license, unless stated otherwise. Cite this article:
3 Juno Facts for Kids. Kiddle Encyclopedia.