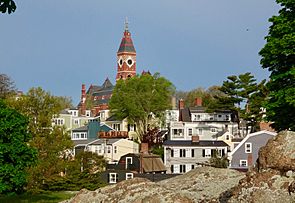 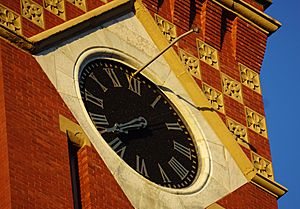 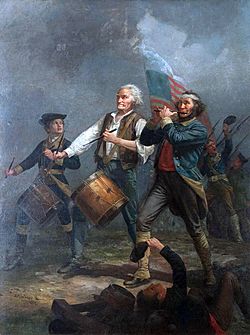 Abbot Hall is a town hall and historical museum located at 188 Washington Street, Marblehead, Massachusetts. It is open year-round, though with restricted hours in the colder months. Constructed in 1876 and designed in the Romanesque style by Lord & Fuller architects, the Hall is listed on the National Register of Historic Places as a contributing property in the historic district.

In addition to serving as the seat of Marblehead's town government, Abbot Hall has holdings as a museum. It contains the original c. 1875 painting The Spirit of '76 by American Archibald MacNeal Willard, which was widely reproduced; the 1684 deed to Marblehead signed by descendants of Wenepoykin, youngest son of Nanepashemet, chief or sachem of the regional Pawtucket confederation of Abenaki peoples prior to Pilgrim settlement; a bust of native son and U.S. Vice-President Elbridge Gerry; a painting of Marbleheaders rowing Washington across the Delaware River during the American Revolution; a painting by primitivist J.O.J. Frost, and a number of other historical artifacts. A plaque on display in the Selectmen's room, discovered in the Philadelphia Navy Yard, proclaims Marblehead as the "Birthplace of the American Navy."

The clock in the tower of Abbot Hall is a Howard #2S installed in 1877; it is governed by a 10 ft (3.0 m) pendulum escapement, driven by an 86 lb (39 kg) weight. The clangor escapement is governed by a flutter vane assembly and is powered by a 292 lb (132 kg) weight. The Bell was cast by Meneely & Kimberly in Troy, New York. Every week the maintenance workers ascend the tower to wind the movements. Local authors have featured the clock in numerous stories.

All content from Kiddle encyclopedia articles (including the article images and facts) can be freely used under Attribution-ShareAlike license, unless stated otherwise. Cite this article:
Abbot Hall (Marblehead, Massachusetts) Facts for Kids. Kiddle Encyclopedia.