The Abenaki (or Abnaki) are a tribe of Native American and First Nations people, one of the Algonquian-speaking peoples of northeastern North America. The Abenaki live in the New England region of the United States and Quebec and the Maritimes of Canada, a region called Wabanaki ("Dawn Land") in the Eastern Algonquian languages. The Abenaki are one of the five members of the Wabanaki Confederacy. "Abenaki" is a linguistic and geographic grouping; historically there was not a strong central authority, but as listed below a large number of smaller bands and tribes who shared many cultural traits.

The word Abenaki means “people of the dawnlands". 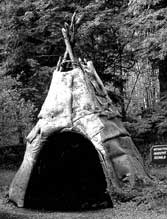 The Abenaki language is closely related to the Panawahpskek (Penobscot) language. Other neighboring Wabanaki tribes, the Mi'kmaq, Wolastoqiyik (Maliseet), and Pestomuhkati (Passamaquoddy), and other Eastern Algonquian languages share many linguistic similarities. It has come close to extinction as a spoken language. Tribal members are working to revive the Abenaki language at Odanak (means "in the village"), a First Nations Abenaki reserve near Pierreville, Quebec, and throughout New Hampshire, Vermont and New York state.

In 1614, Thomas Hunt captured 24 young Abenaki people and took them to England. During the European colonization of North America, the land occupied by the Abenaki was in the area between the new colonies of English in Massachusetts and the French in Quebec. Since no party agreed to territorial boundaries, there was regular conflict among them. The Abenaki were traditionally allied with the French; during the reign of Louis XIV, Chief Assacumbuit was designated a member of the French nobility for his service. 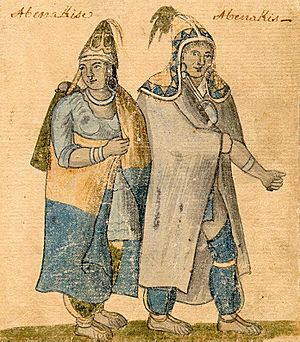 Facing annihilation from English attacks and epidemics of new infectious diseases, the Abenaki started to emigrate to Quebec around 1669. The governor of New France allocated two seigneuries (large self-administered areas similar to feudal fiefs). The first was on the Saint Francis River and is now known as the Odanak Indian Reservation; the second was founded near Bécancour and is called the Wolinak Indian Reservation.

The English and French regularly raided each other's settlements with the help of Indian allies. Some captives were adopted into the Mohawk and Abenaki tribes; older captives were generally ransomed, and the colonies carried on a brisk trade. In 1724 during Father Rale's War, the English took the principal Abenaki town in Maine, Norridgewock, and killed their Catholic missionary, Father Sébastien Rale, who had helped to instigate the war. The following year a party of English colonists led by John Lovewell, out to collect scalps to redeem for bounties offered by the Province of Massachusetts Bay, came near an Abenaki village near present-day Fryeburg, Maine. Two returning Abenaki war parties engaged the English, who withdrew after a 10-hour battle. Due to this pressure, more Abenaki emigrated to the settlement on the St. Francis River.

Because many of the Abenaki moved further north as white settlers began to occupy the seacoast and southern areas of New England, when they later attacked the English they were considered raiders invading from Canada. In truth, they were Native Americans fighting to regain their ancestral lands.

The development of tourism projects has allowed the Canadian Abenaki to develop a modern economy, while preserving their culture and traditions. For example, since 1960, the Odanak Historical Society has managed the first and one of the largest aboriginal museums in Quebec, a few miles from the Quebec-Montreal axis. Over 5,000 people visit the Abenaki Museum annually. Several Abenaki companies include: in Wôlinak, General Fiberglass Engineering employs a dozen natives, with annual sales of more than $3 million Canadian dollars. Odanak is now active in transportation and distribution. Notable Abenaki from this area include the documentary filmmaker Alanis Obomsawin (National Film Board of Canada).

No Abenaki group has been federally recognized as a tribe in the United States.

In 2006, the state of Vermont officially recognized the Abenaki as a People, but not a Tribe. The state noted that many Abenaki had been assimilated, and only small remnants remained on reservations during and after the French and Indian War, later eugenics projects further decimated the Abenaki people of America. As noted above, facing annihilation, many Abenaki had begun emigrating to Canada, then under French control, around 1669.

The Sokoki-St. Francis Band of the Abenaki Nation organized a tribal council in 1976 at Swanton, Vermont. Vermont granted recognition of the council the same year, but later withdrew it. In 1982, the band applied for federal recognition, which is still pending. Four Abenaki communities are located in Vermont. On April 22, 2011, Vermont officially recognized two Abenaki bands: the Nulhegan Band of the Coosuk-Abenaki and the El Nu Abenaki Tribe. On May 7, 2012, the Abenaki Nation at Missisquoi and the Koasek of the Koas Abenaki Traditional Band received recognition by the State of Vermont.

The Abenaki who chose to remain in the United States did not fare as well as their Canadian counterparts. Tribal connections were lost as those Abenaki who were tolerated by the Anglo population were assimilated into colonial society. 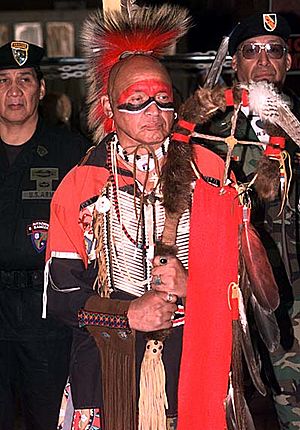 An Abenaki in traditional clothing

The Abenaki were described in the Jesuit Relations as not cannibals, and as docile, ingenious, temperate in the use of liquor, and not profane.

All Abenaki tribes lived a lifestyle similar to the Algonquian-speaking peoples of southern New England. They cultivated crops for food, and located their villages on or near fertile river floodplains. Other less major, but still important, parts of their diet included game and fish from hunting and fishing, and wild plants.

They lived in scattered bands of extended families for most of the year. Each man had different hunting territories inherited through his father. Unlike the Iroquois, the Abenaki were patrilineal. Bands came together during the spring and summer at temporary villages near rivers, or somewhere along the seacoast for planting and fishing. These villages occasionally had to be fortified, depending on the alliances and enemies of other tribes or of Europeans near the village. Abenaki villages were quite small when compared to those of the Iroquois; the average number of people was about 100.

Most Abenaki crafted dome-shaped, bark-covered wigwams for housing, though a few preferred oval-shaped long houses. During the winter, the Abenaki lived in small groups further inland. The homes there were bark-covered wigwams shaped in a way similar to the teepees of the Great Plains Indians. During the winter, the Abenaki lined the inside of their conical wigwams with bear and deer skins for warmth. The Abenaki also built long houses similar to those of the Iroquois.

The Abenaki hold on to their traditions and ways of life in several ways. The Sokoki do so in the current constitution for their government. It has a chief, a council of elders, and methods and means for election to the council and chieftainship, as well as requirements for citizenship in the tribe. They also list many of the different traditions they uphold, such as the different dances they perform and what those dances mean. During several of these dances there is no photography allowed, out of respect for the culture. For several, there are instructions such as "All stand while it is sung" or "All Stand to Show Respect."

Hair style and other marriage traditions

Traditionally, Abenaki men kept their hair long and loose. When a man would find a girlfriend, he would tie his hair. When he married, he would attach the hair of the scalp with a piece of leather and shave all but the ponytail. The modernized spiritual version has the man with a girlfriend tying his hair and braiding it. When he marries, he keeps all his hair in a braid, shaving only the side and back of the head. The spiritual meaning surrounding this cut is most importantly to indicate betrothal or fidelity as a married Abenaki man. In much the same way as the Christian marriage tradition, there is an (optional) exchange and blessing of wedding rings. These rings are the outward and visible sign of the unity of this couple.

Gender, food, division of labor, and other cultural traits

The Abenaki were a farming society that supplemented agriculture with hunting and gathering. Generally the men were the hunters. The women tended the fields and grew the crops. In their fields, they planted the crops in groups of "sisters". The three sisters were grown together: the stalk of corn supported the beans, and squash or pumpkins provided ground cover and reduced weeds.

Children born to a married couple belonged to the mother's clan, and her eldest brother was an important mentor, especially for boys. The biological father had a lesser role.

Group decision-making was done by a consensus method. The idea is that every group (family, band, tribe, etc.) must have equal say, so each group would elect a spokesperson. Each smaller group would send the decision of the group to an impartial facilitator. If there was a disagreement, the facilitator would tell the groups to discuss again. In addition to the debates, there was a goal of total understanding for all members. If there was not total understanding, the debate would stop until there was understanding.

When the tribal members debate issues, they consider the Three Truths:

These truths guide all group deliberations, and the goal is to reach a consensus. If there is no consensus for change, they agree to keep the status quo.

Storytelling is a major part of Abenaki culture. It is used not only as entertainment but also as a teaching method. The Abenaki view stories as having lives of their own and being aware of how they are used. Stories were used as a means of teaching children behavior. Children were not to be mistreated, and so instead of punishing the child, they would be told a story.

One of the stories is of Azban the Raccoon. This is a story about a proud raccoon that challenges a waterfall to a shouting contest. When the waterfall does not respond, Azban dives into the waterfall to try to outshout it; he is swept away because of his pride. This story would be used to show a child the pitfalls of pride.

All content from Kiddle encyclopedia articles (including the article images and facts) can be freely used under Attribution-ShareAlike license, unless stated otherwise. Cite this article:
Abenaki Facts for Kids. Kiddle Encyclopedia.