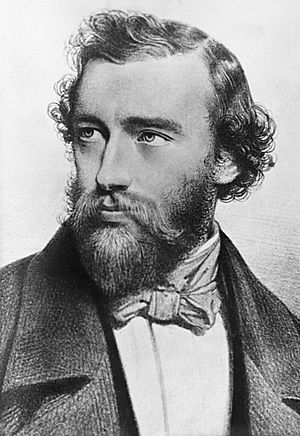 Antoine-Joseph (known as Adolphe) Sax (November 6, 1814 – February 4, 1894) was a Belgian inventor and musician who played the flute and clarinet. He is best known for inventing the saxophone in the early 1840s (patented in 1846).

Antoine-Joseph Sax was born on 6 November 1814, in Dinant, in what is now Belgium, to Charles-Joseph Sax and his wife. While his given name was Antoine, he was referred to as Adolphe from childhood. His father and mother were instrument designers themselves, who made several changes to the design of the French horn. Adolphe began to make his own instruments at an early age, entering two of his flutes and a clarinet into a competition at the age of 15. He subsequently studied performance on those two instruments as well as voice at the Royal Conservatory of Brussels.

Sax faced many near-death experiences. Over the course of his childhood, he:

His mother once said that "he's a child condemned to misfortune; he won't live." His neighbors called him "little Sax, the ghost".

After leaving the Royal Conservatory of Brussels, Sax began to experiment with new instrument designs, while his parents continued to make conventional instruments to bring in money. Adolphe's first important invention was an improvement of the bass clarinet design, which he patented at the age of 24. Sax relocated permanently to Paris in 1841 and began working on a new set of instruments which he exhibited there in 1844. These were valved bugles, and although he had not invented the instrument itself, his examples were much more successful than those of his rivals and became known as saxhorns. They came in seven different sizes, and paved the way for the creation of the flugelhorn. Today, saxhorns are sometimes used in concert bands and orchestras. The saxhorn also laid the groundwork for the modern euphonium.

Sax also developed the saxotromba family, valved brass instruments with narrower bore than the saxhorns, in 1845, though they survived only briefly.

The use of saxhorns spread rapidly. The saxhorn valves were accepted as state-of-the-art in their time and remain largely unchanged today. The advances made by Adolphe Sax were soon followed by the British brass band movement which exclusively adopted the saxhorn family of instruments. The Jedforest Instrumental Band formed in 1854 and The Hawick Saxhorn Band formed in 1855, within the Scottish Borders, a decade after saxhorn models became available.

The period around 1840 saw Sax inventing the clarinette-bourdon, an early unsuccessful design of contrabass clarinet. Around this time he also developed the instrument for which he is best known: the saxophone which he patented on 28 June 1846. The saxophone was invented for use in both orchestras and military bands. By 1846 Sax had designed (on paper at least) a full range of saxophones (from sopranino to subcontrabass). Composer Hector Berlioz wrote approvingly of the new instrument in 1842, but despite his support, saxophones never became standard orchestral instruments. However, their ability to play technical passages easily like woodwinds and also project loudly like brass instruments led them to be included in military bands in France and elsewhere. The saxophone was Sax's signature accomplishment and created his reputation more than any other. This helped secure him a job teaching at the Paris Conservatory in 1857.

Sax continued to make instruments later in life and presided over the new saxophone program at the Paris Conservatory. Rival instrument makers both attacked the legitimacy of his patents and were sued by Sax for patent infringement. The legal back-and-forth continued for over 20 years! He was driven into bankruptcy twice: in 1856 and again in 1873.

Sax suffered from lip cancer between 1853 and 1858 but made a full recovery. In 1894 Sax died in complete poverty in Paris and was buried in section 5 (Avenue de Montebello) at the Cimetière de Montmartre in Paris.

All content from Kiddle encyclopedia articles (including the article images and facts) can be freely used under Attribution-ShareAlike license, unless stated otherwise. Cite this article:
Adolphe Sax Facts for Kids. Kiddle Encyclopedia.