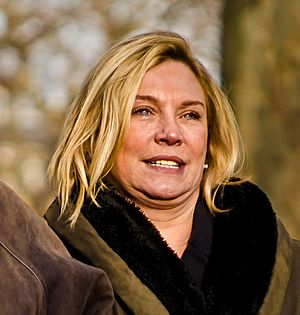 Amanda Jacqueline Redman (born 12 August 1957) is a British actress. She was born in Brighton.

Her television roles include At Home with the Braithwaites and New Tricks.

All content from Kiddle encyclopedia articles (including the article images and facts) can be freely used under Attribution-ShareAlike license, unless stated otherwise. Cite this article:
Amanda Redman Facts for Kids. Kiddle Encyclopedia.