Kids Encyclopedia Facts
This page is about the museum in Stow, Massachusetts. For the museum in Palo Alto, California, see Museum of American Heritage.

The American Heritage Museum is a military history museum located on the grounds of the Collings Foundation in the town of Stow, Massachusetts, 21 miles (34 km) west of Boston. The collection consists of over 100 artifacts, most of which were formerly part of the Military Vehicle Technology Foundation collection in Portola Valley, California. Over half of the items on display are from the World War II era, with World War I, the Korean War, Vietnam War, Gulf War, Iraq War, and the War on Terror are also represented. Most of the items on display are American, German, Russian, or British in origin.

Beginning in the early 1980s and continuing for the next 20 years, Jacques Littlefield, a Stanford University graduate and former Hewlett Packard engineer, amassed a $30 million collection of military vehicles and engaged in a program of restoring many of them and giving educational tours to the public. By the time of Littlefield's premature death in 2009,

Meanwhile, in August 2015, the Planning Board of the Town of Stow initially rejected the Foundation's application to build the museum, questioning the propriety of locating such a large facility on land that was zoned for residential use. In its defense, the Foundation cited Massachusetts' Dover Amendment, which the Foundation believed would exempt the museum from zoning restrictions, on the grounds that its purpose would be primarily educational in nature. Ultimately, an agreement was reached between the two parties in July 2017, and construction of the museum was completed in 2018. The museum held a preview opening in October 2018 and had its grand opening in May 2019.

Visitors are encouraged to begin their tour with the viewing of a brief introductory film, followed by the immersive walk-through of the "WWI Trench Experience" room containing a recreation of Western Front trenches at the Battle of Saint-Mihiel, the first and only offensive launched solely by the United States Army in World War I. Visitors next enter the "War Clouds" room, which covers the Interwar period and the rise of Nazi Germany. They then exit to the main cavernous display room of the museum, in which artifacts are arranged roughly chronologically and grouped under major campaigns and theaters of war.

Some of the major artifacts currently on display are as follows: 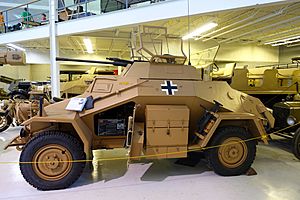 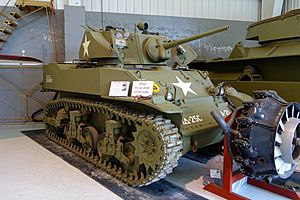 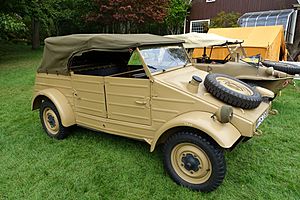 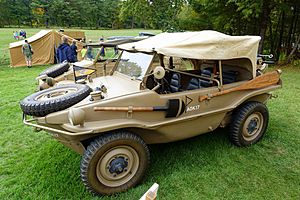 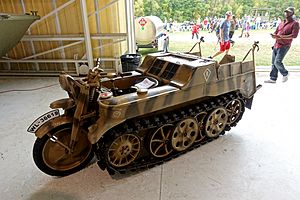 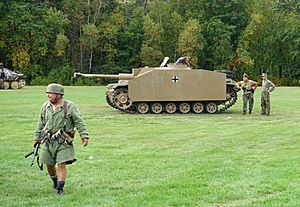 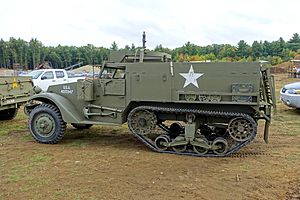 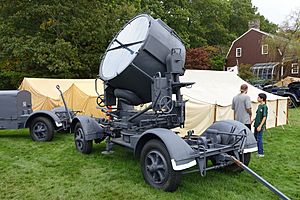 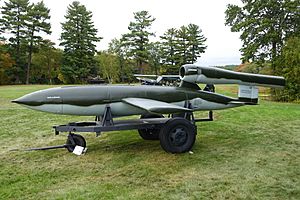 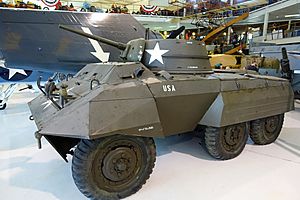 The museum also includes a section of the Berlin Wall, and a September 11 memorial featuring a twisted steel beam from one of the World Trade Center towers. The steel beam was dedicated in a ceremony at the museum on September 11, 2018.

All content from Kiddle encyclopedia articles (including the article images and facts) can be freely used under Attribution-ShareAlike license, unless stated otherwise. Cite this article:
American Heritage Museum Facts for Kids. Kiddle Encyclopedia.