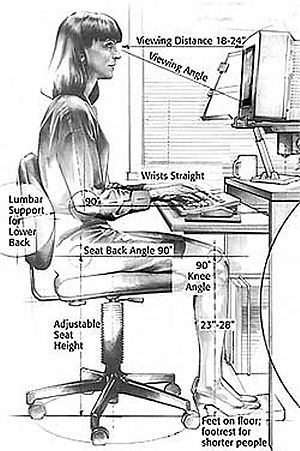 The field of ergonomics employs anthropometry to optimize human interaction with equipment and workplaces.

Anthropometry is the study of measurement and proportions of the human body.

Anthropometry was first created by Alphonse Bertillon (April 24, 1853 – February 13, 1914). He was born in Paris, France. When he became a police officer, he created Anthropometry so that criminals could be easily identified. The system helped the police to get through many criminal records quicker. Having produced a set of characteristics of criminals, it became easier for the police to identify offenders.

All content from Kiddle encyclopedia articles (including the article images and facts) can be freely used under Attribution-ShareAlike license, unless stated otherwise. Cite this article:
Anthropometry Facts for Kids. Kiddle Encyclopedia.