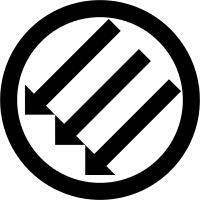 Anti-fascism is the opposition to fascist ideologies, organizations, governments and people. Anti-fascism started in Europe in the 1920s. At the same time, fascist political parties were getting popular in Europe. Anti-fascism was most popular during and after World War II, when fascist governments were very powerful in Europe. Many different kinds of political parties have believed in anti-fascism. Some of these parties have been Marxist, nationalist, anarchist, socialist, pacifist, social democratic, conservative, and liberal.

All content from Kiddle encyclopedia articles (including the article images and facts) can be freely used under Attribution-ShareAlike license, unless stated otherwise. Cite this article:
Anti-fascism Facts for Kids. Kiddle Encyclopedia.