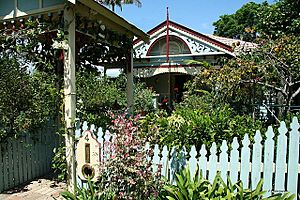 Asquith is an outer suburb of Northern Sydney in the state of New South Wales, Australia. Asquith is located 26 km north-west of the Sydney central business district, in the local government area of Hornsby Shire. The suburb contains a section of Ku-ring-gai Chase National Park on its eastern side.

Asquith was named in 1915 after the then Prime Minister of the United Kingdom, H. H. Asquith.

Wrigley's Chewing Gum factory opened its first Australian office in 1961 in Asquith, and continues to operate from the same site.

According to the 2016 census of Population, there were 3,376 residents in Asquith. 63.5% of people were born in Australia. The next most common countries of birth were China 4.7%, England 4.2% and India 3.6%. 69.5% of people spoke only English at home. Other languages spoken at home included Mandarin at 6.2%. The most common responses for religious affiliation were No Religion 29.7%, Catholic 21.4% and Anglican 17.0%.

Asquith railway station is on the North Shore & Western Line of the Sydney Trains network.

Hornsby Maintenance Depot, a large train depot, is within the suburb. 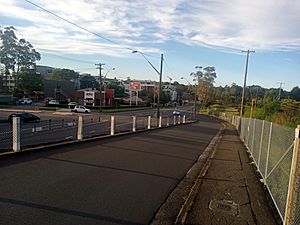 All content from Kiddle encyclopedia articles (including the article images and facts) can be freely used under Attribution-ShareAlike license, unless stated otherwise. Cite this article:
Asquith, New South Wales Facts for Kids. Kiddle Encyclopedia.