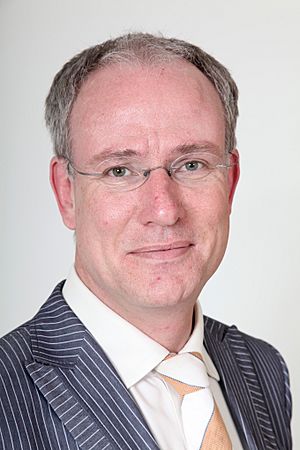 Atzo Nicolaï (22 February 1960 – 19 August 2020) was a Dutch politician and businessman. He was a member of the People's Party for Freedom and Democracy (VVD).

Between 2011 and 2019, he was a member of the Social and Economic Council, and also heading DSM.

Nicolaï was born in Delft and died of cancer in Amstelveen, aged 60.

All content from Kiddle encyclopedia articles (including the article images and facts) can be freely used under Attribution-ShareAlike license, unless stated otherwise. Cite this article:
Atzo Nicolaï Facts for Kids. Kiddle Encyclopedia.