Jan Peter Balkenende (born 7 May 1956) is a Dutch politician. He was the Prime Minister of the Netherlands from 2002 until 2010. He is a member of the Christian Democratic Appeal party. 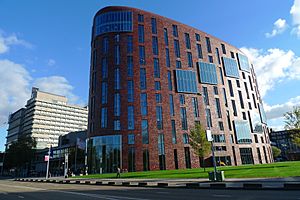 Jan Pieter Balkenende Jr. was born on 7 May 1956 in Biezelinge in the province of Zeeland in Reformed family, the son of Jan Pieter Balkenende Sr. a cereal grains merchant and Thona Johanna Sandee, a teacher. During his childhood, Balkenende was an active supporter of the Dutch football team PSV Eindhoven, along with his father he frequented many matches. He also regularly visited the local music school and theatre.

Balkenende went to a Reformed Protestant primary school in Kapelle. He attended secondary school at the "Christian Lyceum for Zeeland" in Goes, graduating in 1974. He studied at the Vrije Universiteit in Amsterdam, where he received a Master of Arts degree in history in 1980, an Master of Laws degree in Law in 1982, and finally a Doctor of Philosophy degree in Law in 1992.

Balkenende resides with his wife, Bianca Hoogendijk, and his daughter, Amelie, in Capelle aan den IJssel, a suburb of Rotterdam. During his tenure as Prime Minister, he did not use the Catshuis, the formal residency of the Prime Minister. 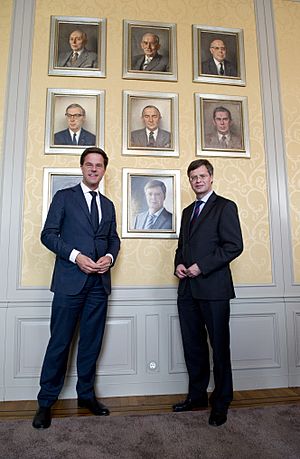 He began his career on the staff of the research institute of the CDA and as a city councilman in Amstelveen. In 1992 he received his PhD with a thesis on "Governance regulation and social organisations". One year later in 1993, he became an extraordinary professor of Christian-Social Thought at the Free University of Amsterdam.

Balkenende first entered the House of Representatives on 19 May 1998 while the CDA was in opposition. He became the CDA's financial spokesman and was also involved with social affairs, justice, and domestic affairs. In this role he advocated a substantial reduction of the national debt and sound public finances.

He was elected Chairman of the CDA parliamentary fraction on 1 October 2001. On 3 November 2001, he was appointed leader for the CDA in the tumultuous May 2002 parliamentary elections. These elections restored the CDA's former position as the largest political party in the House of Representatives.

Balkenende is noted for his strong resemblance to the fictional character Harry Potter. This makes him especially popular with young children, but is also the source of some ridicule.

All content from Kiddle encyclopedia articles (including the article images and facts) can be freely used under Attribution-ShareAlike license, unless stated otherwise. Cite this article:
Jan Peter Balkenende Facts for Kids. Kiddle Encyclopedia.