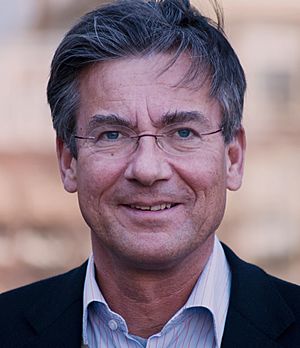 Since July 2013 he has been chairing Bouwend Nederland.

Maxime Verhagen is married with three children, and a member of the Catholic Church. He lives in Voorburg (province of South Holland).

All content from Kiddle encyclopedia articles (including the article images and facts) can be freely used under Attribution-ShareAlike license, unless stated otherwise. Cite this article:
Maxime Verhagen Facts for Kids. Kiddle Encyclopedia.