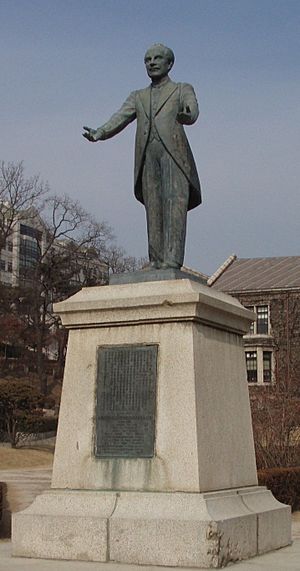 The man who started Yonsei University

This article is about the Korean university. For other uses, see Yonsei.

The main buildings are in Sinchon in Seoul, but there are also students in Wonju in Gangwon province.

All content from Kiddle encyclopedia articles (including the article images and facts) can be freely used under Attribution-ShareAlike license, unless stated otherwise. Cite this article:
Yonsei University Facts for Kids. Kiddle Encyclopedia.