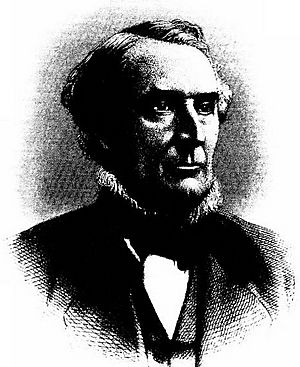 Augustus Franklin Allen (December 13, 1813 – January 20, 1875) was elected as a member of the United States Congress from New York's 33rd congressional district (Chautauqua and Cattaraugus Counties) in 1874. Allen died before he was able to take office.

Allen was born in Wardsboro, Vermont on December 13, 1813. When he was a child his family moved to Jamestown, New York. He was educated locally and began working as a store clerk at age 17 in order to support his family after his father's death. He resided in Ellicott, was successful in business, and later became a partner in a lumber yard, woolen mill, railroads and other ventures.

During the Civil War he was appointed to organize, equip, and train the 112th New York Infantry and commissioned as a colonel. He led the regiment for several months until being succeeded by Jeremiah C. Drake, who commanded until dying of wounds received at the Battle of Cold Harbor.

In 1867, he was elected to the New York Constitutional Convention. In 1874, he ran for the New York State Senate, but was defeated.

In 1874 Allen was elected to the United States House of Representatives, defeating incumbent Republican Walter L. Sessions by organizing a coalition of Democrats and former Liberal Republicans who had supported Horace Greeley for President in 1872.

Allen had been ill during his campaign for Congress and died before the term started in March 1875. He died in Jamestown on January 20, 1875, and was buried in Jamestown's Lake View Cemetery.

All content from Kiddle encyclopedia articles (including the article images and facts) can be freely used under Attribution-ShareAlike license, unless stated otherwise. Cite this article:
Augustus F. Allen Facts for Kids. Kiddle Encyclopedia.