Kids Encyclopedia Facts
For those of a similar name, see Austin Clarke (disambiguation). 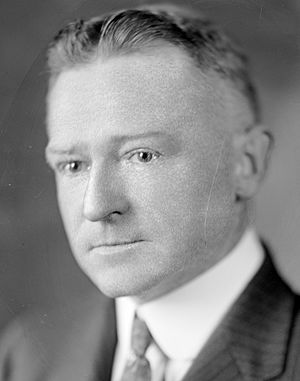 Austin Hobart Clark (December 17, 1880 – October 28, 1954) was an American zoologist. He was born in Wellesley, Massachusetts and died in Washington, D.C. His research covered a wide range of topics including oceanography, marine biology, ornithology, and entomology.

The son of Theodore Minot Clark and Jeannette French Clark, Clark obtained his Bachelor of Arts at Harvard University in 1903. He had five children with his first wife Mary Wendell Upham, whom he married on March 6, 1906. Mary died in December 1931 and Clark was remarried in 1933 to Leila Gay Forbes.

In 1901, Clark organized a scientific expedition to Isla Margarita in Venezuela. From 1903 to 1905, he conducted research in the Antilles. From 1906 to 1907, he led a scientific team aboard the 1882 USS Albatross. In 1908, he took a post at the National Museum of Natural History, which he held until his retirement in 1950.

Several animal species and genera were first scientifically described by Clark, including the Lesser Antillean macaw (1905), the Martinique parrot (1905), the Dominican green-and-yellow macaw (1908), the mulga parrot (1910), the crustacean genus Laomenes (1919) or the starfish species Copidaster lymani (1948). 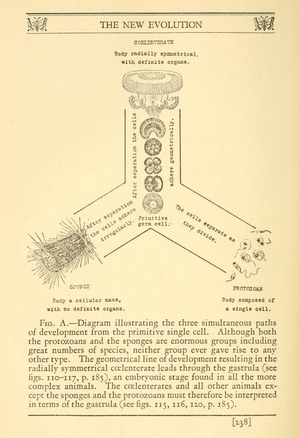 Clark is best known for his evolutionary theory called zoogenesis, which he introduced in his book The New Evolution: Zoogenesis (1930). His theory challenged the single tree view of evolution, according to Clark the major types of life forms on earth evolved separately and independently from all the others. Clark wrote that "the seemingly simultaneous appearance of all the phyla or major groups of animals simply means that life at its very first beginnings developed at once and simultaneously from the primitive single cell in every possible direction, giving rise to some original form or forms in every phylum." He termed this process, eogenesis.

Clark was quote-mined by creationists but he rejected any supernatural view of origins.

All content from Kiddle encyclopedia articles (including the article images and facts) can be freely used under Attribution-ShareAlike license, unless stated otherwise. Cite this article:
Austin Hobart Clark Facts for Kids. Kiddle Encyclopedia.