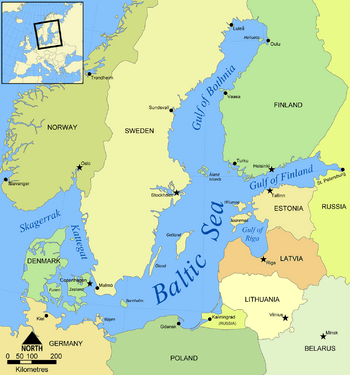 The first to name it the Baltic Sea (Latin: Mare Balticum) was 11th century German chronicler Adam of Bremen. 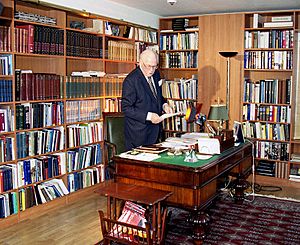 Lennart Meri, the President of Estonia, reconstructs the history of Estonia and the Baltic Sea region in his 1976 book Silver White (Estonian: Hõbevalge).

Depending on the context the Baltic Sea Region might stand for:

All content from Kiddle encyclopedia articles (including the article images and facts) can be freely used under Attribution-ShareAlike license, unless stated otherwise. Cite this article:
Baltic region Facts for Kids. Kiddle Encyclopedia.