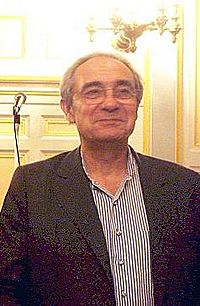 Debré was born in Toulouse, France. He was the son of Prime Minister Michel Debré and twin-brother of Jean-Louis Debré.

Debré died on 13 September 2020 of cancer at the age of 75. His brother, François Debré died the next day.

All content from Kiddle encyclopedia articles (including the article images and facts) can be freely used under Attribution-ShareAlike license, unless stated otherwise. Cite this article:
Bernard Debré Facts for Kids. Kiddle Encyclopedia.