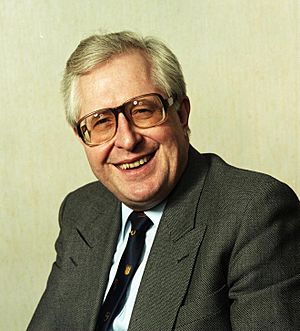 He is the only person to have been head of two different German federal states. He is the longest governing Minister President of Germany. He was the 28th and 40th President of the Bundesrat in 1976/77 and 1987/88.

All content from Kiddle encyclopedia articles (including the article images and facts) can be freely used under Attribution-ShareAlike license, unless stated otherwise. Cite this article:
Bernhard Vogel Facts for Kids. Kiddle Encyclopedia.