Black Forest is an inner southern suburb of Adelaide, South Australia. It is located in the City of Unley.

Black Forest Primary School opened in 1919 and is located on South Road.

Forest Reserve is located near the centre of Black Forest. There is another small park on Byron Road, the Princess Margaret Playground. 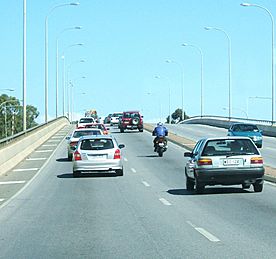 Black Forest is serviced by tram, train and buses run by the Adelaide Metro.

All content from Kiddle encyclopedia articles (including the article images and facts) can be freely used under Attribution-ShareAlike license, unless stated otherwise. Cite this article:
Black Forest, South Australia Facts for Kids. Kiddle Encyclopedia.