Panthea acronyctoides, the black zigzag or tufted spruce caterpillar, is a moth of the family Noctuidae. The species was first described by Francis Walker in 1861. It is found in North America from Newfoundland to British Columbia and adjacent northern states, south in the west to Colorado, south in the east to New England and Kentucky. 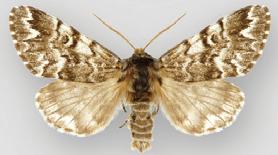 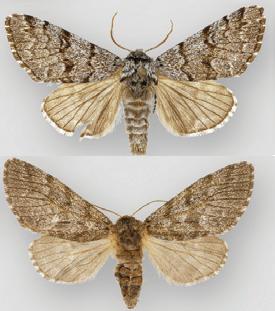 The wingspan is 30–35 mm. The moth flies from May to August depending on the location.

All content from Kiddle encyclopedia articles (including the article images and facts) can be freely used under Attribution-ShareAlike license, unless stated otherwise. Cite this article:
Black zigzag Facts for Kids. Kiddle Encyclopedia.