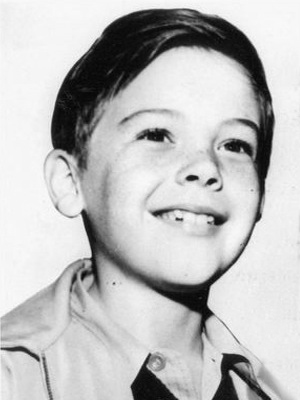 Driscoll provided the voice for the title role in the 1953 movie Peter Pan. For The Window and So Dear to My Heart, Driscoll won an Academy Juvenile Award for his roles in those two movies.

In the mid-1950s, Driscoll's acting career began to go down. He turned to guest appearances on television.

Driscoll was born in Cedar Rapids, Iowa. He died in New York City from heart failure at age 31.

All content from Kiddle encyclopedia articles (including the article images and facts) can be freely used under Attribution-ShareAlike license, unless stated otherwise. Cite this article:
Bobby Driscoll Facts for Kids. Kiddle Encyclopedia.