Bucasia is a town and now one of the largest suburbs of Mackay in the Mackay Region, Queensland, Australia. In the 2011 census, Bucasia had a population of 4,257 people.

Bucasia is a northern coastal suburb of Mackay. The coastline forms its eastern boundary. Eimeo Creek forms the south-east boundary. The largest residential area is along the sandy beachfront with a second residential area along the road to Mackay. The bulk of the locality is used for growing sugarcane and tropical fruit, while some of the locality (particularly surrounding the creeks) is left as swampy wetlands. 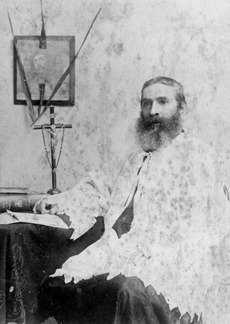 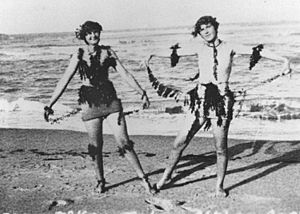 Holiday-makers on the beach in Bucasia, 1931

In 1874, Bucasia was originally called Marara but was later named Seaview. In 1938, it was decided that there were too many places called Seaview and so it was renamed Bucasia after Father Pierre-Marie (Paul) Bucas, the first Roman Catholic priest in Mackay.

Starting in 1874, Father Bucas acquired 1680 acres of land through a series of purchases in present-day Bucasia, which he used to establish a community for displaced Aborigines. He also established the St Joseph's orphanage, operated by the Sisters of St Joseph until 1880, after which it was run by the Sisters of Mercy. In 1884, concerns about malaria resulted in the orphans being relocated in 1885 to the Meteor Park orphanage near Rockhampton (later known as Neerkol). The swamp in the west of the Bucasia locality is still known as Orphanage Swamp.

Over time, Bucasia developed as a holiday area but has now become a permanent residential area.

In 1988, a memorial to Father Bucas was unveiled on Bucasia Esplanade.

In 2008, the Mackay Regional Council constructed a waste water treatment plant in Bucasia, serving the northern suburbs. The two basin sequencing batch reactor can process up to 4 megalitres per day.

In 2015, illegal tree clearing occurred on Bucasia foreshore, a problem in many coastal communities where foreshore trees block residential views. The trees were planted to stabilise the dunes, protect the beach, and provide habitat for wildlife.

The beach has a northly aspect with views to the Cumberland Islands. It is protected from strong winds and is one of Mackay's most popular beaches. The beach is a nesting site for the flatback turtle with an average of 16 nests each year.

Bucasia State School at 76 Kemp Street is a government co-educational primary school (Prep to Year 6). In 2014, the school had 329 students with 20 teachers (19 equivalent full-time).

All content from Kiddle encyclopedia articles (including the article images and facts) can be freely used under Attribution-ShareAlike license, unless stated otherwise. Cite this article:
Bucasia, Queensland Facts for Kids. Kiddle Encyclopedia.