Kids Encyclopedia Facts
This page is about the BBC's children's television channel. For the history of CBBC as the name for BBC children's programming strand on BBC One, see BBC Children's and Education. For a sister channel for younger viewers, see CBeebies. For other uses, see CBBC (disambiguation).

CBBC (short for Children's BBC, also known as the CBBC Channel) is a British free-to-air children's television channel owned and operated by the BBC and the brand used for all BBC content for children and teenagers aged 7 - 17. Launching on 11 February 2002 alongside its sister channel, CBeebies, which serves the 0 - 6 audience, the name was previously used to brand all BBC Children's content. CBBC broadcasts for fourteen hours per-day from 7:00 am to 9:00 pm. CBBC was named Channel of the Year at the Children's BAFTA awards in November 2008 and 2015. The channel averages 300,000 viewers daily.

The channel originally shared bandwidth on the digital terrestrial television platform with BBC Choice, and later BBC Three, needing that CBBC sign off at 7:00 p.m. daily. Beginning on 11 April 2016, following the closure of the linear BBC Three television service, CBBC extended its broadcast day by two hours. On 22 August 2008, the BBC announced that the channel would be available live on its website from 16 September. CBBC's reach further expanded with the addition of the channel on the Sky line-up in the Republic of Ireland on 12 May 2011. The British Forces Broadcasting Service have provided younger viewers with CBBC and CBeebies since 1 April 2013 when they replaced BFBS Kids.

From January 2022, the channel's broadcast hours will be reduced by two hours, closing at 7 p.m. as was the case pre-2016. The move is to make way for the return of BBC Three to linear broadcast television. 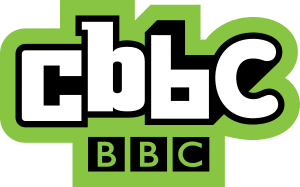 Along with CBeebies, CBBC is operated by the BBC Children's and Education department. BBC Children's was originally based in the East Tower of BBC Television Centre since the department's inception, but moved to MediaCityUK in Salford in September 2011, and the live presentation links used throughout the day are now recorded and broadcast from there.

The remit of CBBC is to provide a wide range of high quality, distinctive content for 6−12-year olds, including comedy, entertainment, drama, animation, news and factual. The great majority of this content should be produced in the UK. CBBC should provide a stimulating, creative and enjoyable environment that is also safe and trusted. The service should have a particular focus on informal learning, with an emphasis on encouraging participation.

CBBC's programming output is very similar to the strand previously shown on BBC One. CBBC often complements this strand with programmes shown earlier than on the terrestrial channels, repeats or whole series shown in a day, alongside other exclusive commissions.

The following is a list of the ten most watched shows on CBBC, based on Live +7 data supplied by BARB.

As part of CBBC's original remit, CBBC originally needed to show 100 hours a year of factual and schools programmes. The service managed this by introducing the Class TV strand to CBBC, which would air educational programming for approximately two hours each day in the late morning, with normal programming resuming in the early afternoon. Much of this programming was old BBC Schools programming shown, in some cases, decades before and which was for the most part still relevant. Very little new schools programmes were commissioned. Class TV ended in April 2010, following a change to CBBC's remit. However, in December 2019, CBBC brought back Class TV with 'Live Lessons' presented by the CBBC presenting team on late weekday mornings.

Due to the COVID-19 pandemic in the United Kingdom and the closure of schools around the country during the third national lockdown, CBBC broadcast shows from the BBC Bitesize service for primary-school-aged children. These shows featured a mix of archive, live and newly filmed content.

CBBC has had a relatively similar presentation to that of its strand counterpart. The logo has consistently remained the same until 2016 as the service; green coloured blobs at the beginning of its life and the green and white logo from September 2007 until now. The logo today is all different colours unlike the last one. CBBC has mainly utilised presenters from the main service, with a few presenters appearing mostly on the new channel; Gemma Hunt and Anne Foy being notable examples and appearing consistently until August 2007. At the beginning of September 2007, along with the relaunch, the same presenters of CBBC would also feature on CBBC on BBC One and Two.

When CBBC launched, presentation was located in TC2 at BBC Television Centre, where the channel shared studio facilities with CBBC's original magazine show Xchange. This changed in Autumn 2004, when CBBC moved to TC9 following the normal CBBC links move to TC10; however, this was changed in March 2006 so that all CBBC and CBBC channel links were located in TC9. A further change was to take place in December 2006 when all output moved to a Chroma key set within TC12, and was presented by only one presenter. This short live decision lasted until the relaunch in 2007, which involved a new 'office' set being constructed, initially in TC12 and then in a new studio facility in the East Tower of Television Centre.

In 2011, CBBC moved to MediaCityUK, and has been presented from there since September 2011. The Office has been through a number of revamps since then, two in 2015, the first one being a minor change because of the Go CBBC app, and another one in May which entirely changed some of the structure, adding a post chute and an Up Next screen, and one so far in 2016, due to CBBC's new look, gaining a smaller desk, an extra Up Next screen, and renaming it 'CBBC HQ'.

As from 2013, CBBC Extra is now also accessed by the CBBC website.

CBBC Extra is a free interactive television service from CBBC provided by the BBC Red Button. It is accessible from CBBC by pressing red and then selecting CBBC Extra from the main menu. It can also be accessed from any other BBC channel by pressing red and going to page number 570. The service differs across digital platforms, for example Sky viewers can access a video loop. Its availability on Freeview is dependent upon BBC Red Button not showing other interactive services, such as major sports events coverage. The service offers numerous features including Newsround, Horoscopes, Chris/Dodge's Blog, viewer content and jokes and other interactive elements.

The CBBC website provides a wide range of activities for viewers aged 6–15, such as games, videos, puzzles, printable pages, pre-moderated message boards and frequently updated news feeds. It contains pages for the majority of its current programming with various content on each. There are also micro-sites from Newsround and MOTD Kickabout, providing children with news and sport, as well as the CBBC on BBC iPlayer to replay CBBC programmes for up to thirty days.

In July 2013, BBC announced that CBBC HD would be launched by early 2014. The channel launched on 10 December 2013. CBBC HD broadcasts on the BBC's existing HD multiplex on Freeview and shares its stream with BBC Three HD as they air at different times.

Prior to launch, the majority of CBBC HD output was broadcast on BBC HD before its closure in March 2013. CBBC HD was added to the Sky EPG in Ireland in 2017.

From March to April 2018, CBBC HD used downtime mode to let BBC Red Button HD broadcast 9pm to 5:30am on Sky and Freeview, After the close, CBBC HD began to use 24 hours again.

In September 2018 as part of a branding strategy, the unbranded 2-hour children's block on BBC Alba was split into CBeebies Alba and CBBC Alba, with the former airing during the first hour and the latter airing during the second hour. This block features its own presentation, presenters and shows all dubbed into Scottish Gaelic. Previously, a similar block called Children's BBC Scotland was aired in the Scottish school holidays throughout the 1990s. The block consisted of repeats and local programming as well as regional versions of the summer holiday mid-morning slot and the Children's BBC Breakfast Show.

All content from Kiddle encyclopedia articles (including the article images and facts) can be freely used under Attribution-ShareAlike license, unless stated otherwise. Cite this article:
CBBC (TV channel) Facts for Kids. Kiddle Encyclopedia.