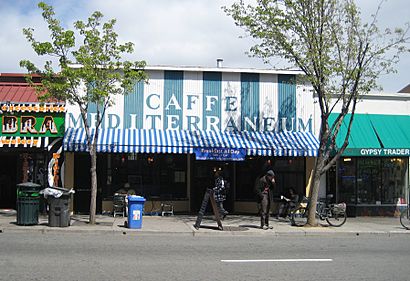 Caffè Mediterraneum, often referred to as Caffè Med or simply the Med, was a café located on Telegraph Avenue in Berkeley, California, US, near the University of California, Berkeley. The Med was a landmark of Telegraph Avenue history, "listed for years in European guidebooks as 'the gathering place for 1960s radicals who created People's Park'" and as of 2009 described in Fodor's guidebook as "a relic of 1960s-era café culture". It was located at 2475 Telegraph Avenue, between Dwight Way and Haste Street. 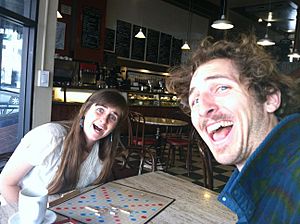 Board games such as Scrabble were played at the Med 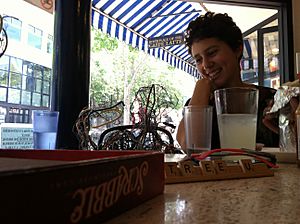 People from all over the world came to Caffè Med 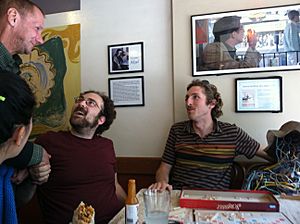 The café's website maintains that "Lino Meiorin, one of the owners, was the first Italian-trained barista in the Bay Area. Customers were not used to the strong flavor of a traditional Italian cappuccino and would ask Lino for more milk. Speaking in Italian, he would tell the barista to put more latte (milk) in their cup. Finally he thought of putting a larger drink on the menu with the same amount of espresso but more steamed milk, and calling it a caffè latte."

During the 1960s, the Med featured a diverse crowd of patrons, and it became a meeting place for Beat Generation artists, intellectuals, Black Power advocates, and activists who were taking part in the Free Speech Movement and post-FSM activism. During this era, the Med also played a role in two important pieces of art. Allen Ginsberg was a regular at the Med and probably wrote Howl on the premises of the Med. Though the owner at the time initially refused access to the film crews, a scene in 1967's The Graduate starring Dustin Hoffman was also filmed at a table in the Med, with Telegraph Avenue visible outside the window.

Of Telegraph Avenue, "many city officials and merchants say the avenue has lost its vibrancy" since the 1960s, but "until the 1990s, the Med thrived as a center for conversation and caffeine." Changes in ownership took a toll though, and at that point, employees say the Med "took a turn for the worse" as it was "bordering on a homeless shelter". However, with another change in ownership 2006, the Med again became "a destination for activists seeking social change".

On November 30th, 2016, the Med closed for renovations. As of 2020[update], the location of the Caffe Mediterraneum has since been converted to Boileroom, a hot pot restaurant in Berkeley.

All content from Kiddle encyclopedia articles (including the article images and facts) can be freely used under Attribution-ShareAlike license, unless stated otherwise. Cite this article:
Caffe Mediterraneum Facts for Kids. Kiddle Encyclopedia.