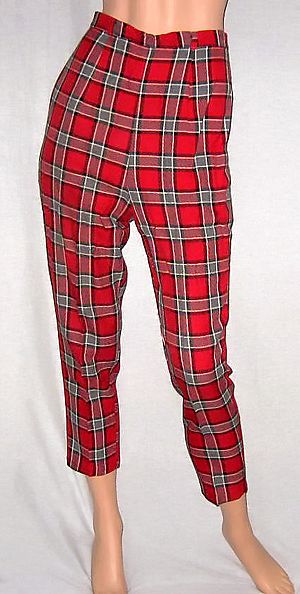 Capri pants, seen from the front

Capri pants are a type of pants. They are shorter than normal pants; they end between the knee and lower leg.

They were first made in 1948 by Sonja de Lennart, a clothes designer from Prussia. They were popular in the 1950s and 1960s, but went out of style until the 2000s, when they became popular again.

Some pants have a zipper at the knee, allowing them to be converted into shorts. This design allows people to change between shorts and pants in variable weather conditions.

All content from Kiddle encyclopedia articles (including the article images and facts) can be freely used under Attribution-ShareAlike license, unless stated otherwise. Cite this article:
Capri pants Facts for Kids. Kiddle Encyclopedia.