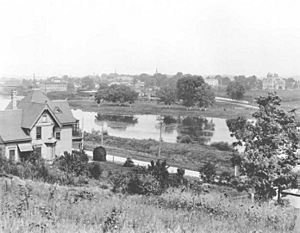 View of Carpentersville from the cemetery, 1898

Carpentersville is a village in Kane County, Illinois, United States. The population was 37,691 at the 2010 census.

Julius Angelo Carpenter (August 19, 1827 – March 30, 1880) was the founder of Carpentersville, Illinois and its first prominent citizen. Carpenter came with his family from Uxbridge, Massachusetts and settled near the Fox River, along with his father Charles Valentine Carpenter and his uncle Daniel. Angelo was the first person to settle Carpentersville. Carpenter built the settlement's first store, bridge, and factory. He served two consecutive terms in the Illinois House of Representatives. In 1837, the brothers, en route to the Rock River, made camp along the east bank of the Fox River to wait out the spring floods that made continuing their oxcart journey impossible. They ended up staying in the area to settle what was then called Carpenters' Grove.

For the next hundred years, Carpentersville did not grow as rapidly as other Fox River communities which had more direct rail connections to Chicago. The electric interurban railroad came to Carpentersville in 1896. The line was built by the Carpentersville, Elgin and Aurora Railway from a connection with the streetcar system in Elgin, Illinois and ran for four miles, terminating at the Illinois Iron and Bolt foundry on Main Street. This company changed ownership several times, including the Aurora, Elgin and Chicago Railway. It ended up being owned by the Aurora, Elgin and Fox River Electric Company in 1924. This line was always operated separately from the rest of the system, which included all traction lines between Carpentersville and Yorkville. This was a great convenience to factory workers who traveled to Elgin and for Elgin workers to come to Carpentersville. The line was used by everyone to enjoy Elgin's Trout Park and to enjoy the "summer cars" for a cool ride. The line started to fail with the onset of the Great Depression and the establishment and paving of Illinois Route 31, which encouraged automobile use and the creation of a bus route. The final blow came in 1933, when a tornado destroyed the bridge over the Fox River just south of West Dundee.

Until the 1950s, Carpentersville consisted of a street grid along the Fox River centered on Main Street, which was the only highway bridge across the Fox River between Algonquin and Dundee. The Meadowdale Shopping Center, which was anchored by Wieboldt's, Carson Pirie Scott, Cook's and W.T. Grant; it also featured an indoor ice skating rink, overshadowed the commercial district along the River. A large section of the shopping mall on the north side was torn down in the 1990s and a new post office building was built.

In 1956, to reflect this population shift, Dundee Community High School relocated from its former site on Illinois Route 31 to Cleveland Avenue (now Carpentersville Middle School). In 1964, a second high school, named for Irving Crown, opened on Kings Road on the northern edge of Meadowdale. The two schools have now merged. DeLacey (one of the schools built on Kings Road) was closed and demolished, and was remade on Cleveland Ave.

From 1958 to 1969, Carpentersville was home to the Meadowdale International Raceway, a 3.27 miles (5.26 km) long automobile race track located west of Illinois Route 31 which was also started by Besinger. The site is now a Township Park and County Forest Preserve.

There were 8,872 households out of which 48.6% had children under the age of 18 living with them, 63.1% were married couples living together, 11.5% had a female householder with no husband present, and 18.4% were non-families. 13.9% of all households were made up of individuals and 3.9% had someone living alone who was 65 years of age or older. The average household size was 3.45 and the average family size was 3.77. 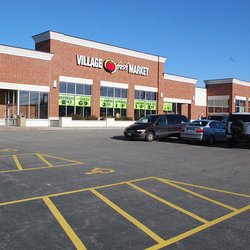 Village Fresh Market replaced a Jewel Osco and caters Mexican grocery goods to the Hispanic population and others in the community. 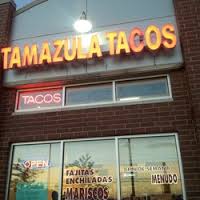 Carpentersville is second behind Elgin Illinois, in largest Latino population in Illinois.

The 1990 census showed 17% of the population as Hispanic or Latino, and as of 2010 that number has risen to over 40%. Latinos hold a strong presence in the community as the continuous growth of business catered towards Mexicans specifically continues to grow. Village Fresh Market is an example of the expanding businesses that are established for Mexicans. Tamauzula Tacos located in Amigo Plaza on 91 JF. Kennedy Drive is one of the many Mexican restaurants Carpentersville is home to. La Illusion, a mini supermarket is also on JF. Kennedy Drive which also has a restaurant inside along with a Mexican bakery. Taxi Leon is a cab service that many Hispanics also utilize if they need a ride, as it is a Mexican cab company that speaks Spanish. Such businesses so close in proximity have spurred the growth of others, such as the new Super Wal-Mart that is being built across the street from Village Fresh Market and is set to open summer of 2016.

Leisure areas for Mexicans in Carpentersville include Premier Nightclub, Milk Pail, and Springhill Mall. Banquet halls host the communities quinceneras, baptisms, and celebrations. In the summer, The Milk Pail turns into a Mexican mobile swap meet where you can find all types of Mexican goods, music, and food. Spring Hill Mall is a popular place for shopping.

Employment opportunities within Carpentersville and surrounding areas is plentiful. Otto Engineering holds the highest amount of Hispanic employees in the village. Owner Tom Roeser offers language proficiency incentives to the vast Hispanic population he employs, to earn higher positions within the company. He also is the creator of Homes by Otto. Homes by Otto are complete wall to wall renovations of homes done by Otto in the Village of Carpentersville. Many of his Hispanic employees go on to own these houses.

Wealthy neighboring communities, such as Barrington Hills, also provide income opportunities for Hispanics and others in Carpentersville. Many home care businesses such as Jr. Landscaping, Rodriguez Pools, and Midwest Crystal Pools are corporations that employ Mexican workers. All are companies that have sprung up in the last ten years and have achieved on going steady work opportunities catering to the surrounding wealthier white communities.

The village's parish, Santa Monica, is a Roman Catholic church. In the 1990s most of the preachers were white males and today they are Hispanic. Five out of the six Sunday masses are given in Spanish for the large Mexican population that visits the church.

The church of Iglesias San Esteban Martir on 225 Kennedy Memorial Drive has been a contributing factor to the increase in Hispanics in Carpentersville. It hosts an annual mobile consulate from The Consulate General of Mexico in Chicago to apply for an identification card or a ‘matricula’. On average they issue around 300 per day. Bank Of America has also helped host the mobile unit as it provides a method for Hispanics to be able to open a bank account. It provides a way for them to take out loans for home ownership and are also able to send up to $3,000 cash to Mexico if they desire. Much like the segregated community of Chicago, Carpentersville has increasingly seen enclaves of Hispanic people integrating themselves to their new communities because of the familiarity of the culture along with opportunities for employment and issuing of identification cards without having to go directly to The Consulate General of Mexico in Chicago.

However, there have been complaints about the new found Mexican culture in the Village. In 2007 the Village of Carpentersville passed an English Only Ordinance introduced by village board trustee members, Judy Sigwalt and Paul Humpfer. Despite the mass protests outside of village hall by the Hispanic community, the ordinance passed 5-2.

All content from Kiddle encyclopedia articles (including the article images and facts) can be freely used under Attribution-ShareAlike license, unless stated otherwise. Cite this article:
Carpentersville, Illinois Facts for Kids. Kiddle Encyclopedia.