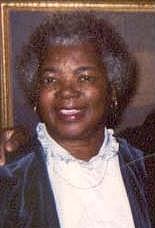 Lavender competed mainly in the 100-meter dash. She won an Olympic gold medal in the 4 × 100 metres relay at the 1952 Olympic Summer Games in Helsinki, Finland. Later Hardy married, had children, and a 30-year teaching career in Atlanta schools. She was born in Carroll County, Georgia.

Lavender died of complications from pneumonia in Atlanta, Georgia at the age of 87 on September 8, 2017.

All content from Kiddle encyclopedia articles (including the article images and facts) can be freely used under Attribution-ShareAlike license, unless stated otherwise. Cite this article:
Catherine Hardy Lavender Facts for Kids. Kiddle Encyclopedia.