The Central City Opera House is located in the Central City/Black Hawk Historic District in Central City, Colorado, United States. It was constructed in 1878. It has offered operatic and theatrical productions that drew prominent actors and performers in the late 19th-century, and in the early 20th-century it was a motion picture theatre.

The opera house was designated to the National Register of Historic Places in 1973.

In 1877, the citizens of Central City formed the Gilpin County Opera House Association to fundraise for the state's first opera house. Denver architect Robert S. Roeschlaub designed the Renaissance Revival stone and brick structure, with a crescent-shaped balcony and arched windows. San Francisco artist John C. Massman painted a mural to the ceiling with a central medallion that features the sky, surrounded by a large geometrical patter, and trompe-l'œil architectural moldings.

It was built by Welsh and Cornish miners and town residents, who had a tradition of music. The opera house is kept cool during the summer by a creek flows that through a flume under the building. Electricity was installed in 1896 and it was renovated, without structural changes in 1903.

In 1929 a dedicated band of Denver preservationists and music lovers formed the Central City Opera House Association to perform a renovation and re-open the opera house. It was a volunteer-driven effort led by Ida Kruse McFarlane, Edna Chappell and Anne Evans that resulted in an extensive restoration of the Opera House in 1932. In the 1980s and 1990s, the entire structure was restored, including the foundation and replacement of the 1920-era lighting relic by a computerized lighting system. In 1999, wooden chairs were replaced with plush new theater seating. 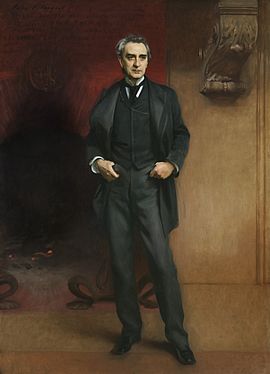 Portrait of Edwin Booth by John Singer Sargent, 1890, which hung at The Players clubhouse. Now in the collection of the Amon Carter Museum of American Art.

With the 1878 grand opening, Central City was Colorado's cultural capital until another opera house, Tabor Grand Opera House, opened in 1881. The Opera House was not turning a profit and it expanded its repertoire to include theatre productions to increase its revenues. They featured prominent 19th-century actors such as Joseph Jefferson, Edwin Booth, Madame Januschek and Fannie Barlow. In addition, Buffalo Bill performed here as well as P. T. Barnum's circus. 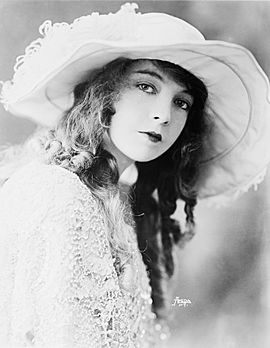 The opera house was donated to the University of Denver in May 1931 by MacFarlane's heirs and restoration was organized by the newly formed Central City Opera House Association. The summer of 1932, actress Lillian Gish opened the newly restored opera house with Camille. It began a tradition of offering summer opera and theater festivals, which have become nationally recognized. 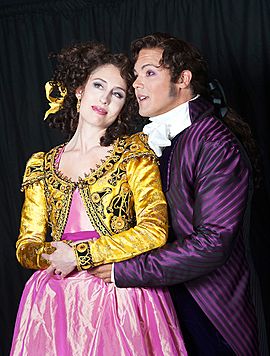 The Central City Opera company was also formed that year. It is fifth the oldest opera company in the United States. One of its popular performances is The Ballad of Baby Doe, which tells the story of wealthy mine-owner Horace Tabor and his second wife Baby Doe Tabor. It was first performed in 1956. In 2001, it was the first opera company in the United States to produce Gloriana of Elizabeth I by Benjamin Britten. Gioachino Rossini's The Barber of Seville was performed by the Central City Opera in 2015.

The opera house continues to offer several operatic productions each summer and screenings of silent and classic films.

All content from Kiddle encyclopedia articles (including the article images and facts) can be freely used under Attribution-ShareAlike license, unless stated otherwise. Cite this article:
Central City Opera House Facts for Kids. Kiddle Encyclopedia.