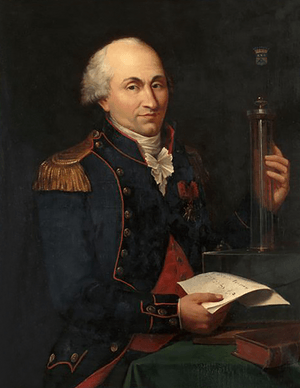 Charles-Augustin de Coulomb (14 June 1736-23 August 1806) was a French physicist, known for his research on the properties of electricity. He also did research on the friction of fluids. Today, the SI unit for electric charge, the coulomb is named after him. He is one of the 72 people to have his name written on the Eiffel Tower in Paris.

All content from Kiddle encyclopedia articles (including the article images and facts) can be freely used under Attribution-ShareAlike license, unless stated otherwise. Cite this article:
Charles-Augustin de Coulomb Facts for Kids. Kiddle Encyclopedia.