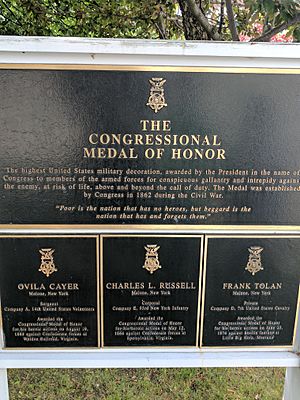 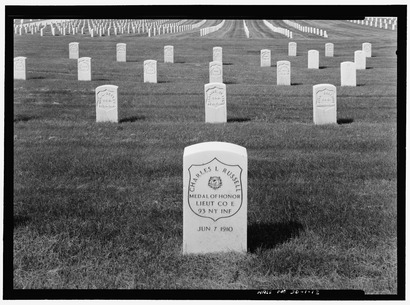 Russell was born in Malone, New York in 1844 and served in the United States Army during the American Civil War. Following the war, he died and was buried at the Hot Springs National Cemetery in Hot Springs, South Dakota.

All content from Kiddle encyclopedia articles (including the article images and facts) can be freely used under Attribution-ShareAlike license, unless stated otherwise. Cite this article:
Charles L. Russell Facts for Kids. Kiddle Encyclopedia.