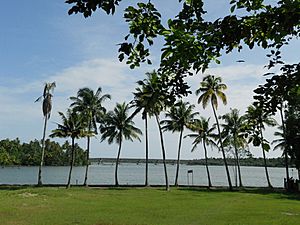 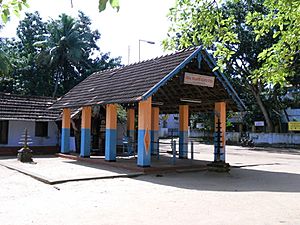 Chavara is a village in Karunagappally taluk, Kollam district, Kerala, India. It is a part of Kollam Lok Sabha constituency constituency. The MLA of the constituency is currently Vijayan Pillai.

Chavara is situated on the shores of the Arabian sea and the major freshwater lake in Kerala, Ashtamudi, which flows through it. Chavara has many lakes and lagoons including Sasthamkota Lake. Popular tourist centres are St Andrew's Church, Kovilthottam, Kottankulangara Devi Temple, Kovilthottam beach, Kovilthottam lighthouse amd the area around Ashtamudi lake.

The village has a high supply of mineral sand, mainly titanium in its beaches. For the processing of titanium, India's first Titanium Sponge Plant in India (TSP) was developed by KMML ( Kerala Minerals and metals Ltd) here, inaugurated in 2011 by the then Defence Minister of India, A. K. Antony. IRE (Indian Rare Earths Ltd) is another public sector unit in Chavara. Kerala Premo Pipes a govt company(under KWA)in Chavara has been lying closed for the past 18 years.The Premo pipe factory which started production in 1961 and was closed in 1997 following adverse market conditions.Though an MOU was signed between KWA and HLL in the year 2011 for starting PVC pipes, same is yet to be materialized. Ratna mushroom is one of the famous mushroom farm in Chavara.

All content from Kiddle encyclopedia articles (including the article images and facts) can be freely used under Attribution-ShareAlike license, unless stated otherwise. Cite this article:
Chavara Facts for Kids. Kiddle Encyclopedia.