In the 1860s, the Copperheads comprised a vocal faction of Democrats in the Northern United States of the Union who opposed the American Civil War, wanting an immediate peace settlement with the Confederates. Republicans started calling anti-war Democrats "Copperheads", likening them to the venomous snake. Those Democrats accepted the label, reinterpreting the copper "head" as the likeness of Liberty, which they cut from Liberty Head large cent coins and proudly wore as badges. Democratic supporters of the war, by contrast, were called War Democrats.

The Copperheads represented the more extreme wing of the "Northern Democrats". Notable Copperheads included two Democratic congressmen from Ohio: Clement L. Vallandigham and Alexander Long. Republican prosecutors accused some prominent Copperheads of treason in a series of trials in 1864. 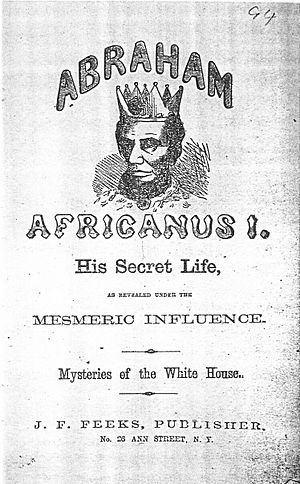 During the American Civil War (1861–1865), the Copperheads nominally favored the Union and strongly opposed the war, for which they blamed abolitionists, and they demanded immediate peace and resisted draft laws. They wanted President Abraham Lincoln and the Republicans ousted from power, seeing the president as a tyrant destroying American republican values with despotic and arbitrary actions.

Some Copperheads tried to persuade Union soldiers to desert. They talked of helping Confederate prisoners of war seize their camps and escape. They sometimes met with Confederate agents and took money. The Confederacy encouraged their activities whenever possible. 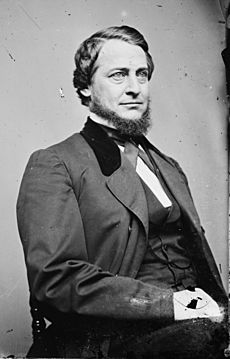 Clement Vallandigham, leader of the Copperheads, coined the slogan: "To maintain the Constitution as it is, and to restore the Union as it was."

The Copperheads sometimes talked of violent resistance, and in some cases started to organize. They never actually made an organized attack, however. As war opponents, Copperheads were suspected of disloyalty, and their leaders were sometimes arrested and held for months in military prisons without trial. One famous example was General Ambrose Burnside's 1863 General Order Number 38, issued in Ohio, which made it an offence (to be tried in military court) to criticize the war in any way. The order was used to arrest Ohio congressman Clement L. Vallandigham when he criticized the order itself. Lincoln, however, commuted his sentence while requiring his exile to the Confederacy.

Probably the largest Copperhead group was the Knights of the Golden Circle; formed in Ohio in the 1850s, it became politicized in 1861. It reorganized as the Order of American Knights in 1863, and again, early in 1864, as the Order of the Sons of Liberty, with Vallandigham as its commander. One leader, Harrison H. Dodd, advocated violent overthrow of the governments of Indiana, Illinois, Kentucky, and Missouri in 1864. Democratic party leaders, and a Federal investigation, thwarted his conspiracy. In spite of this Copperhead setback, tensions remained high. The Charleston Riot took place in Illinois in March 1864. Indiana Republicans then used the sensational revelation of an antiwar Copperhead conspiracy by elements of the Sons of Liberty to discredit Democrats in the 1864 House elections. The military trial of Lambdin P. Milligan and other Sons of Liberty revealed plans to set free the Confederate prisoners held in the state. The culprits were sentenced to hang, but the Supreme Court intervened in ex parte Milligan, saying they should have received civilian trials.

All content from Kiddle encyclopedia articles (including the article images and facts) can be freely used under Attribution-ShareAlike license, unless stated otherwise. Cite this article:
Copperhead (politics) Facts for Kids. Kiddle Encyclopedia.