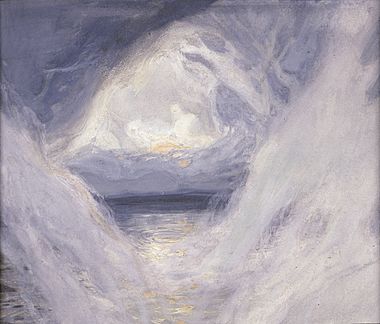 A creation myth (or cosmogonic myth) is a symbolic narrative of how the world began and how people first came to inhabit it. While in popular usage the term myth often refers to false or fanciful stories, formally, it does not imply falsehood. Cultures generally regard their creation myths as true.

In the society in which it is told, a creation myth is usually regarded as conveying profound truths, metaphorically, symbolically and sometimes in a historical or literal sense. They are commonly, although not always, considered cosmogonical myths – that is, they describe the ordering of the cosmos from a state of chaos or amorphousness.

Creation myths often share a number of features. They often are considered sacred accounts and can be found in nearly all known religious traditions. They are all stories with a plot and characters who are either deities, human-like figures, or animals, who often speak and transform easily.

Creation myths address questions deeply meaningful to the society that shares them, revealing their central worldview and the framework for the self-identity of the culture and individual in a universal context.

Creation myths develop in oral traditions and therefore typically have multiple versions; found throughout human culture, they are the most common form of myth.

The term creation refers to the beginning of things, whether by the will and act of a transcendent being, by some ultimate source, or in any other way."

All content from Kiddle encyclopedia articles (including the article images and facts) can be freely used under Attribution-ShareAlike license, unless stated otherwise. Cite this article:
Creation myth Facts for Kids. Kiddle Encyclopedia.