Kids Encyclopedia Facts
Not to be confused with Delhi, India. 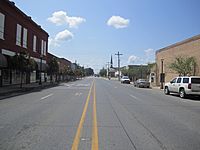 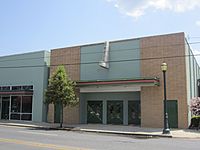 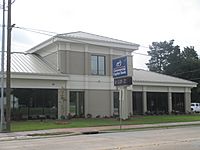 Commercial Capital Bank is located in downtown Delhi across the street from the First Baptist Church. 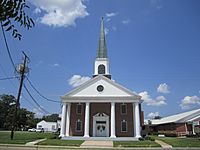 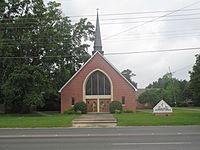 Delhi United Methodist Church is located across the street from Delhi High School. 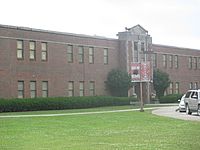 Delhi High School, with mascot "The Bears", is operated by the Richland Parish School Board. 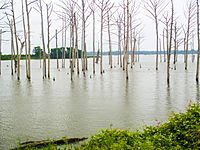 Delhi, originally called Deerfield, is a town in Richland Parish, Louisiana, United States. As of the 2010 census, the town population was 2,919.

During the American Civil War Delhi and Monroe, the seat of Ouachita Parish, were overcrowded with unwelcome refugees from rural areas to the east when the forces of General U.S. Grant moved into northeastern Louisiana. Grant spent the winter of 1862-1863 at Winter Quarters south of Newellton in Tensas Parish in preparation for the siege of Vicksburg, Mississippi, which was not completed until July 4, 1863. Historian John D. Winters reported "strong Union sympathy" in both Delhi and Monroe.

In the 1940s, Delhi was the center of a large natural gas boom, and several functioning gas fields still surround the town.

From 1968-1969, Delhi Fire Department was home to the now defunct Louisiana State Police - Troop O. Abandoned after only thirteen months in 1969, services hence reverted to Troop F in Monroe.

On February 21, 1971, Louisiana's only recorded F5 tornado struck outside of Delhi. It took forty-six lives and was the deadliest F5 tornado to hit the United States since the Jackson, Mississippi, Candlestick Park Tornado in 1966 and the earliest confirmed F5 tornado during a year.

Delhi has a drug store, the E.W. Thomsom Drug Company, which has operated continuously in the same downtown location since 1873. The company has been owned for four generations by the McEacharn family, who purchased it from the Thomsons in the early 1920s. Pharmacist Wilfred Bruce McEacharn (born 1956) is the current owner. Hand-crafted milk shakes and old-fashioned fountain Coca-Colas are still available. Popular menu items include cheeseburgers and plates of tuna and chicken salad. His wife, Shari, operates a gift shop within the drug store. The Thomson Company remains a mainstay of Delhi for all generations of patrons.

The elevation of 89 ft (27 m) spared Delhi from the brunt of the Great Mississippi Flood of 1927 that destroyed most of the surrounding Mississippi River Delta area.

All content from Kiddle encyclopedia articles (including the article images and facts) can be freely used under Attribution-ShareAlike license, unless stated otherwise. Cite this article:
Delhi, Louisiana Facts for Kids. Kiddle Encyclopedia.