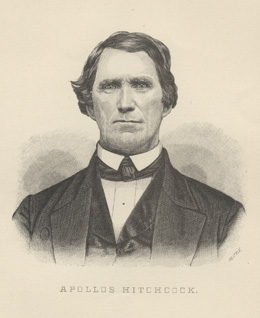 Depew is a village in Erie County, New York, United States. The population was 15,303 at the 2010 census. It is part of the Buffalo–Niagara Falls Metropolitan Statistical Area. The village is named for Chauncey Mitchell Depew (1892), the president of the New York Central Railroad and later a US senator (1899-1911) who was one of the original investors who bought the land for the village which was incorporated in 1894.

The village extends across the boundary between the towns of Lancaster and Cheektowaga. The village lies on both sides of NY Route 78 (Transit Road), a major north-south route.

Village residents voted on January 17, 2017 to not dissolve the Village of Depew into the Towns of Lancaster and Cheektowaga, by a margin of 3,006-1,165.

According to the United States Census Bureau, the village has a total area of 5.1 square miles (13 km2), all of it land.

Depew straddles the towns of Lancaster and Cheektowaga and is 11 miles (18 km) east of downtown Buffalo. Depew is bordered to the east by the village of Lancaster.

Part of the area that Depew currently inhabits was first settled in 1808 by Apollos Hitchcock, just north of Cayuga Creek on the main road that connected Buffalo (spelled as "Buffaloe" at the time) with Lancaster village in what was then Jukdowaageh (now Cheektowaga), which some say meant "land of the crab apple" or "land of fruit and flowers". The land had been bought and surveyed by the Holland Land Company.

The following is from Our County and Its People A Descriptive Work of Erie County New York, edited by Truman C. White:

"Depew lies partly in Lancaster and partly in the town of Cheektowaga, but its history is so thoroughly identified with the territory under consideration that it may properly be treated wholly within this chapter. It was named in honor of Chauncey M. Depew, president of the New York Central and Hudson River Railroad Company, to which it owes its existence. That great corporation decided upon this site as a permanent location for its shops and auxiliary establishments, and on May 17, 1892, ground was broken. This was the signal for a general real estate boom in the vicinity. The great shops, covering about six acres, were first opened on April 1, 1893, with forty employees. Before the close of the year 1893 the following establishments had been completed or were well under way: The National Car Wheel Works, the Gould Coupler Company (occupying over six acres), and the Union Car Company (occupying about ten acres). The brass works were burned May 23, 1895, but immediately rebuilt. The first dwelling house was erected in April, 1893, and on May 1 of the same year John T. Lyman and George M. Beeman began the publication of the Depew Herald, which has had several proprietors, the present one being John T. Earl. In 1893 sixteen houses were erected, more than nine miles of plank sidewalk and 6,000 feet of sewers were laid, a fire company was organized, the New Palmer House by Alexander Stoddard and the Cleveland House by William Cleveland were built, and the water works were constructed by the Depew and Lancaster Water Works Company, of which Henry Koons was the first president.

On July 23, 1894, the village was incorporated, and the first officers elected August 21, were Dr. William Fairbanks, president; John Zurbrick, George Waltz and John Graney, trustees; Anthony Hartung, treasurer; Martin Kiefer, collector; J. N. Oswald, clerk. The corporate limits are about two and one-fourth miles square, and the population is about 2,800. In this year (1894) a hose company was organized, the plants of the Buffalo Cleaning and Dyeing Company and the Depew Brewing Company were established, the hardware store of Pratt & Matthews was opened, and the brick block of E. J. Durbin was erected. Union free school district No. 7, of Cheektowaga, taking in a part of the old district No. 4, Lancaster, was also organized, the first president being Franklin Zurbrick. At this time four schools were kept in the village. A brick school house was built on the south side in 1894-95 and another on the north side in 1895, each costing $10,000. The first principal was C. A. Walker. In 1894 the Depew Natural Gas Company was organized and began furnishing gas for lighting and fuel; three wells have been sunk on the north side. The Methodist Episcopal Society was organized July 6, 1894, with E. J. Durbin, B. C. Stoddard and A. W. Southall, trustees; an edifice was erected in 1895.

By February, 1895, the village had a population of 1,814, and by May about 500 dwellings had been erected and fwe large establishments were in operation employing 2,500 men. Transit Street was macadamized in this year, the German Lutheran church was built, and in December the Swedish Evangelical Lutheran Emmaus Society was organized. A Roman Catholic church and an independent Polish Catholic church were erected in 1896. In 1893 a post-office was established with W. W. Turley as postmaster; he was followed by John Graney and he by Robert Hunter.

Depew has stations on the New York Central, the D., L. & W., the Erie and the Lehigh Valley Railroads; the latter constructed a branch direct to Tonawanda in 1895-96. The Depew Terminal Railroad was built from Depew to Blasdell in 1897. The Depew loop of the Buffalo, Bellevue & Lancaster Electric Railway was opened in 1894. Much of the growth of the village is due to the Depew Improvement Company, which donated the school, and church sites, and which was largely succeeded in 1897 by the Depew Syndicate, capitalized at $100,000."

Named after Chauncey Depew, the village was founded and it became a hub of rapid growth. Founded in 1892 as a rail center, the Village of Depew was incorporated on July 23, 1894. The Depew economy in the 19th century was based primarily on railroad-related industries, such as the Gould Coupler Company, manufacturers of knuckle-type railroad couplers.

In 1904, Quebec political figure William C. Clendinneng died in Depew after being hit by a train.

Depew High School has a long-standing rivalry, starting in 1919, with Lancaster High School. The rivalry between has been strong and it is still a great battle between the smaller school versus the larger school despite the fact that Lancaster has won a majority of the games between the two rivals.

The US Post Office—Depew contains a mural, Beginning of the Day, painted in 1941 by Anne Poor and was listed on the National Register of Historic Places in 1988. Federally commissioned murals were produced from 1934 to 1943 in the United States through the Section of Painting and Sculpture, later called the Section of Fine Arts, of the Treasury Department.

There were 6,832 households out of which 27.4% had children under the age of 18 living with them, 51.7% were married couples living together, 12.1% had a female householder with no husband present, and 32.3% were non-families. 27.3% of all households were made up of individuals and 12.4% had someone living alone who was 65 years of age or older. The average household size was 2.43 and the average family size was 2.96.

All content from Kiddle encyclopedia articles (including the article images and facts) can be freely used under Attribution-ShareAlike license, unless stated otherwise. Cite this article:
Depew, New York Facts for Kids. Kiddle Encyclopedia.