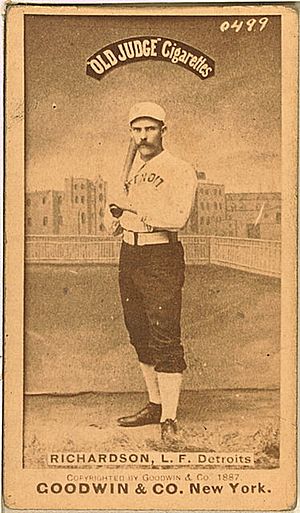 Hardy Richardson of the Detroit Wolverines in 1887

The Detroit Wolverines were a 19th century Major League Baseball team that played in the National League from 1881 to 1888 in the city of Detroit. They played in Recreation Park when it was started in 1879.

All content from Kiddle encyclopedia articles (including the article images and facts) can be freely used under Attribution-ShareAlike license, unless stated otherwise. Cite this article:
Detroit Wolverines Facts for Kids. Kiddle Encyclopedia.