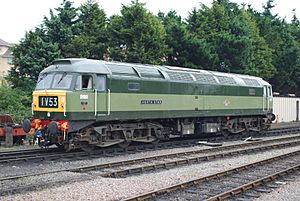 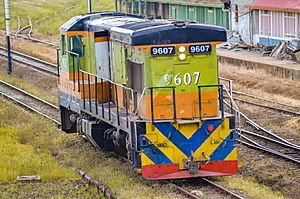 Through a gearbox, shaft or chain (diesel-mechanical)

By generating electricity which is in turn used to power the wheels (diesel-electric). This is the kind most used.

All content from Kiddle encyclopedia articles (including the article images and facts) can be freely used under Attribution-ShareAlike license, unless stated otherwise. Cite this article:
Diesel locomotive Facts for Kids. Kiddle Encyclopedia.