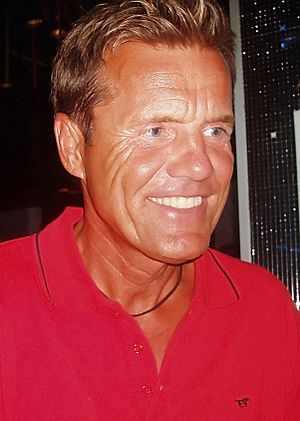 Dieter Gunther Bohlen is a German musician, born on 7 February 1954. He was born in Berne, Lower Saxony. He was a member of Modern Talking, but now appears in the TV programme "Germany Searches for a Superstar" German: Deutschland sucht den Superstar, which is the German version of Pop Idol and American Idol.

All content from Kiddle encyclopedia articles (including the article images and facts) can be freely used under Attribution-ShareAlike license, unless stated otherwise. Cite this article:
Dieter Bohlen Facts for Kids. Kiddle Encyclopedia.