Division of Cunningham facts for kids

Kids Encyclopedia Facts
This page is about the Australian federal electorate. For the former Queensland state electorate, see Electoral district of Cunningham. 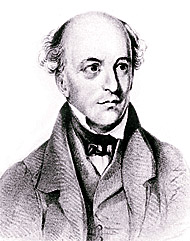 The Division of Cunningham is an Australian electoral division in New South Wales. It was set up in 1949 and is named for Allan Cunningham, a 19th century explorer of New South Wales and Queensland.

It is on the coast of New South Wales and includes parts of the city of Wollongong, Corrimal, Figtree and Unanderra. It also includes several suburbs of Sydney, including Heathcote and Bundeena.

Rex Connor was the Minister for Minerals and Energy in the Whitlam government. Stephen Martin was Speaker of the House of Representatives from 1993-1996. Sharon Bird held several ministerial positions in the Gillard and Rudd governments.

There have been two by-elections in Cunningham. The first was in 1956 when the member, Billy Davis, died. There was only one nomination, Victor Kearney, who was elected unopposed. The second was in 2002 when Stephen Martin resigned. Michael Organ for the Greens was elected, the first time the Greens had won a seat in the House of Representatives.

All content from Kiddle encyclopedia articles (including the article images and facts) can be freely used under Attribution-ShareAlike license, unless stated otherwise. Cite this article:
Division of Cunningham Facts for Kids. Kiddle Encyclopedia.