Division of Higgins facts for kids 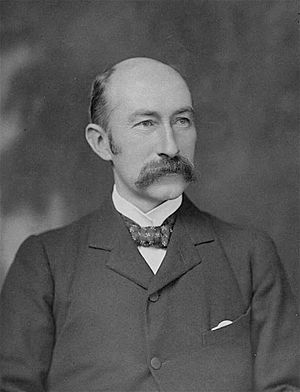 The Division of Higgins is an Australian Electoral Division in Victoria.

Higgins has been important in Australian federal politics and for the Liberal Party of Australia. The seat's first two members, Harold Holt and Sir John Gorton, were the 17th and 19th Prime Ministers of Australia. Higgins is the only Division to have been held by two Prime Ministers.

Peter Costello the longest serving Treasurer of Australia and former Deputy Leader of the Liberal Party also held the seat from 1990–2009. He resigned in 2009 which meant a by-election had to be held. There had also been a by-election in 1967, after Harold Holt disappeared in the sea.

All content from Kiddle encyclopedia articles (including the article images and facts) can be freely used under Attribution-ShareAlike license, unless stated otherwise. Cite this article:
Division of Higgins Facts for Kids. Kiddle Encyclopedia.