Division of Macquarie facts for kids 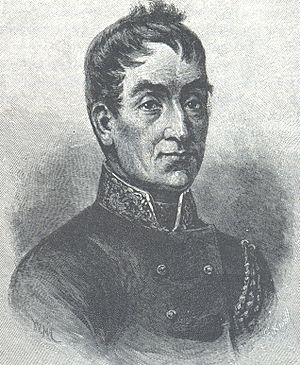 The Division of Macquarie is an Australian Electoral Division in New South Wales. It was one of the original 75 divisions set up for the first federal election in 1901. It is named for Lachlan Macquarie, who was Governor of New South Wales between 1810 and 1821. Its best known member is Ben Chifley (ALP), who was Prime Minister of Australia from 1945 to 1949.

It covers a large area west of Sydney, including the Blue Mountains, and the Hawkesbury region on Sydney's western edge. At different times it has included the city of Bathurst.

All content from Kiddle encyclopedia articles (including the article images and facts) can be freely used under Attribution-ShareAlike license, unless stated otherwise. Cite this article:
Division of Macquarie Facts for Kids. Kiddle Encyclopedia.