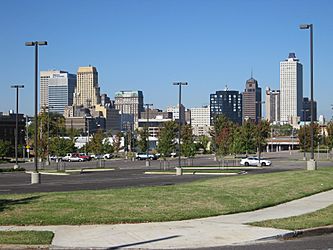 It is home to the Memphis Redbirds, the AAA affiliate of the St. Louis Cardinals, and the Memphis Grizzlies NBA team. 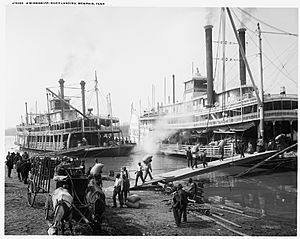 Downtown is the oldest part of the city and includes the riverfront and the bluffs overlooking the Mississippi river. The founders of Memphis dedicated the riverfront to the public "now and forever" as long as the public use continued. The land overlooking the riverfront was originally planned to become a "public promenade" to be called Mississippi Row. The upper riverfront became the site of the river landing where steamboats were loaded with cotton and other goods in the 19th and early 20th centuries. Between 1844 and 1886 the river landing was paved with limestone and granite cobblestones brought in from the upper Midwest. This created what is today the largest intact Mississippi River landing still in existence, and is listed on the National Register of Historic Places. The explosion of the steamboat Sultana in 1865 near Memphis was one of the worst marine disasters in history.

There are several historic residences downtown, particularly in the Victorian Village neighborhood. Other historic homes include the Hunt-Phelan House (1830), the Magevney House (ca. 1835) and the Burkle Estate (1849). The Burkle home and the Hunt Phelan House (533 Beale Street) were reputed to have been part of the underground railroad by which escaped slaves made their way to freedom prior to the Civil War.

In 1959, the Memphis Downtown Airport was opened on Mud Island, which at that time was called City Island. The one-runway airport could be reached by a pontoon-boat ferry and was used mostly by businessmen and shoppers. The Downtown Airport was closed in 1970. It was replaced in the 1990s by the new urbanist Harbor Town development. 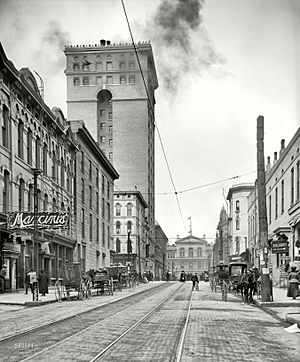 View west on Madison Avenue, ending with the Customs House (1906)

The Downtown Memphis skyline contains the tallest buildings in the city. The tallest building in Memphis, 100 North Main, is located at the heart of downtown along Main Street at Adams Ave and rises to 430 ft (131m). Some notable and/or historic downtown buildings are: 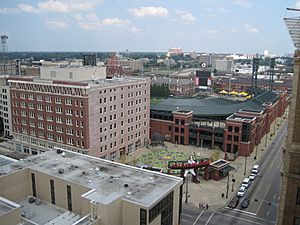 View from the Peabody Hotel, looking east over Autozone Park toward the Medical District.

Downtown Core is the heart of the central business district and includes the majority of office space, retail, entertainment and dining spaces. It is a popular regional destination for entertainment, dining, and tourism and includes attractions such as Beale Street, FedExForum, AutoZone Park, and the Peabody Hotel. 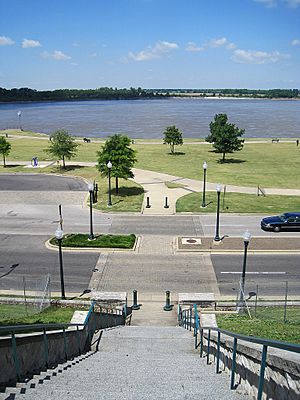 Points of interest along the riverfront

Downtown is served by major highways and interstates, public bus and trolley service by MATA, commercial bus service by Greyhound, and passenger train service by Amtrak.

The MATA Trolley is a heritage streetcar system that operates three lines in downtown along Main Street, Riverside Drive, and Madison Avenue. It consists of twenty four stations and, in 2021, had a daily ridership of approximately 650. Connections between MATA public bus and Main Street trolley line can be made at the North End Terminal.

Companies headquartered in Downtown include:

All content from Kiddle encyclopedia articles (including the article images and facts) can be freely used under Attribution-ShareAlike license, unless stated otherwise. Cite this article:
Downtown Memphis, Tennessee Facts for Kids. Kiddle Encyclopedia.