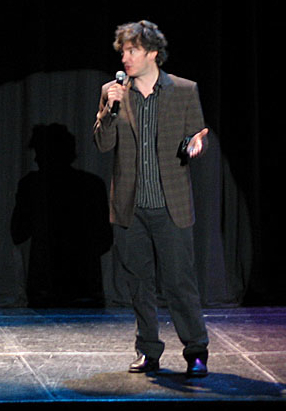 Moran was born in Navan, County Meath. He is marred to Elaine. They live in Edinburgh, with their two children.

All content from Kiddle encyclopedia articles (including the article images and facts) can be freely used under Attribution-ShareAlike license, unless stated otherwise. Cite this article:
Dylan Moran Facts for Kids. Kiddle Encyclopedia.