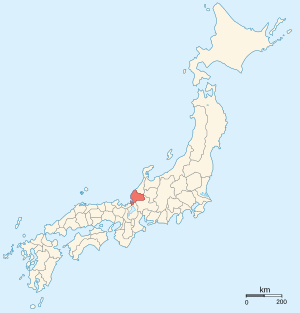 Echizen Province (越前国, Echizen no kuni) was an old province of Japan in the area of Fukui Prefecture on the island of Honshū. Along with Etchū and Echigo Provinces, it was sometimes called Esshū (越州).

The ancient capital city of the province was at Echizen. 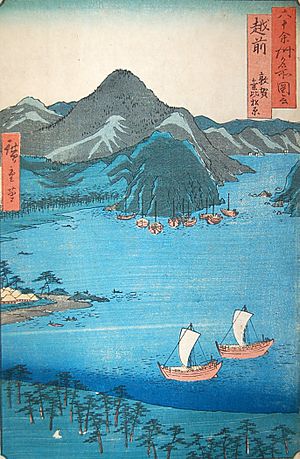 The boundaries of Echizen were formally established during the reigns of Empress Genshō and Empress Kōken.

Before the boundaries were established, this area including Etchū and Echigo were called Koshi.

In the Edo period, the daimyo of Fukui Domain lived at Fukui.

In the Meiji period, the provinces of Japan were converted into prefectures. The maps of Japan and Echizen Province were reformed in the 1870s.

Kehi jingū was the chief Shinto shrine (ichinomiya) of Echizen. 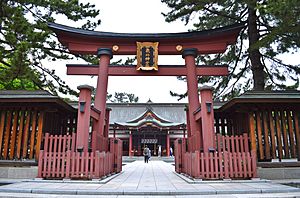 All content from Kiddle encyclopedia articles (including the article images and facts) can be freely used under Attribution-ShareAlike license, unless stated otherwise. Cite this article:
Echizen Province Facts for Kids. Kiddle Encyclopedia.