Education in London facts for kids 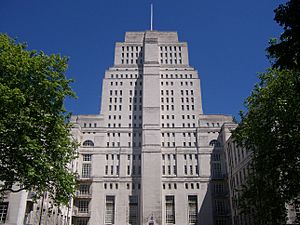 Senate House, in Bloomsbury, is the administrative centre of the University of London, a federation of London higher education institutions. 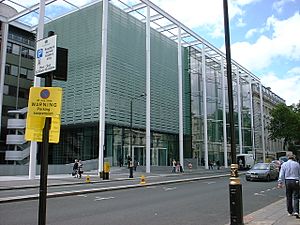 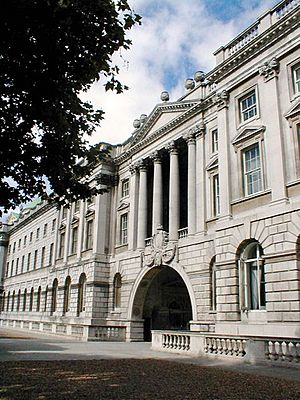 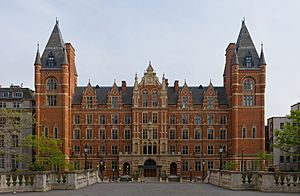 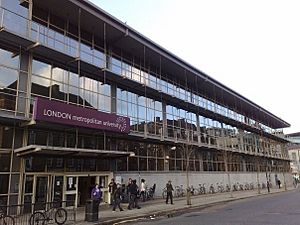 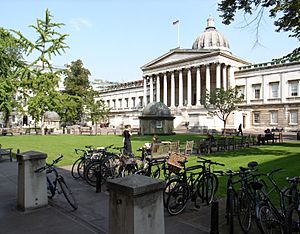 London is a leading global educational centre, having one of the largest populations of overseas students of any city in the world.

London is an important centre of medical education. The city's medical schools are attached to the leading hospitals and some of them are several centuries old. The number of schools has been reduced to five by a recent series of mergers:

London is known as a city that is diverse, populated by peoples and cultures from many other parts of the globe. Many London schools require the teaching of foreign language.

The low quality of the dormitories offered by schools themselves, the shortage of student housing, and the relatively good economic resources of the international students who attend schools in London offered an economic opportunity to firms such as Unite Students which have built thousands of units of student housing in London.

All content from Kiddle encyclopedia articles (including the article images and facts) can be freely used under Attribution-ShareAlike license, unless stated otherwise. Cite this article:
Education in London Facts for Kids. Kiddle Encyclopedia.