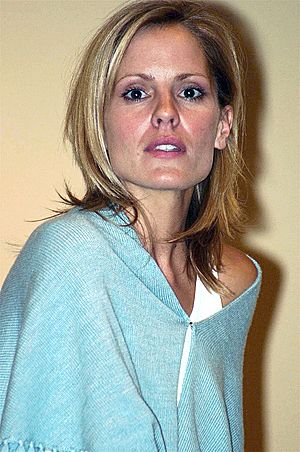 Emma Caulfield at a Buffy the Vampire Slayer covention.

Emma Caulfield (born Emma Chukker in San Diego, California on April 8, 1973) is an American actress. She is best known for her role as ex-demon Anya on the television series Buffy the Vampire Slayer.

All content from Kiddle encyclopedia articles (including the article images and facts) can be freely used under Attribution-ShareAlike license, unless stated otherwise. Cite this article:
Emma Caulfield Facts for Kids. Kiddle Encyclopedia.