Fairmont is a town in Robeson County, North Carolina, United States. The population was 2,663 at the 2010 census. 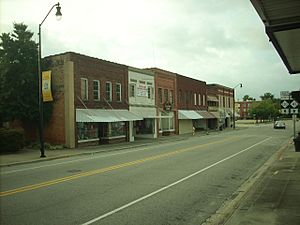 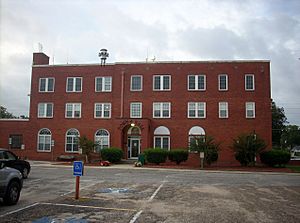 Fairmont was founded on the site of the Ashpole Institute, a small private academy, and was chartered in 1899 as Ashpole, then Union City and lastly as Fairmont. The first settlers to this area received land grants from the Lords Proprietors and worked in the logging and naval stores industries producing lumber, turpentine and pitch for ships. The Bufort County Lumber Company opened in the northern section of town in the late 1890s employing 300 men and becoming one of the largest lumber companies in the south. By the late 19th century, a thriving tobacco market had been established as well. The railroads later followed to rapidly move these goods. By the early 20th century, tobacco became king, and by the mid-1950s, Fairmont was considered one of the major tobacco markets in the world. Based upon its 1950 population of a little over 2,000 Fairmont was considered as the "biggest little tobacco market in the world. In 1951 Fairmont sold twice as much tobacco as was grown in Robeson County. As health concerns have affected the sales of tobacco, many local farmers have turned to other cash crops, mainly corn, soybeans and wheat. The Border Belt Farmers Museum was established in 1989 by converting an unused former railroad depot into a vibrant and interesting museum filled with farming, tobacco related, and historical memorabilia. It is open five days a week (M, W, F-11:00-3:00 & T, TH 9-12:00 & 1:00-3:00). The town has recently started promoting itself as "the shortest route to the S.C. beaches" by encouraging motorists traveling south on Interstate 95 to take exit 10. The advertising campaign, utilizing a very prominent billboard on the interstate, has resulted in a higher traffic flow and increased commercial traffic to the community.

Scenes from the movie Arthur Newman were filmed here.

The Fairmont Commercial Historic District was listed on the National Register of Historic Places in 2010.

There were 1,078 households out of which 27.4% had children under the age of 18 living with them, 33.0% were married couples living together, 27.1% had a female householder with no husband present, and 36.4% were non-families. 33.7% of all households were made up of individuals and 18.6% had someone living alone who was 65 years of age or older. The average household size was 2.32 and the average family size was 2.95.

All content from Kiddle encyclopedia articles (including the article images and facts) can be freely used under Attribution-ShareAlike license, unless stated otherwise. Cite this article:
Fairmont, North Carolina Facts for Kids. Kiddle Encyclopedia.