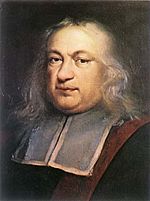 Fermat's Last Theorem is a very famous idea in mathematics. It says that:

Pierre de Fermat wrote about it in 1637 inside his copy of a book called Arithmetica. He said "I have a proof of this theorem, but there is not enough space in this margin". However, no correct proof was found for 357 years. It was finally proven in 1995. Mathematicians everywhere think that Fermat, in fact, did not have a good proof of this theorem.

Relations to other mathematics

Fermat's Last Theorem is a more general form of the equation: 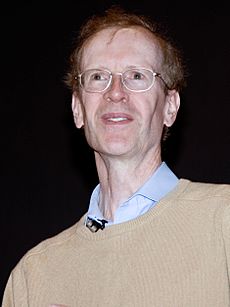 However, the full proof must show that the equation has no solution for all values of n (when n is a whole number bigger than 2). The proof was very difficult to find, and Fermat's Last Theorem needed lots of time to be solved.

An English mathematician named Andrew Wiles found a solution in 1995, 358 years after Fermat wrote about it. Richard Taylor helped him find the solution . The proof took eight years of research. He proved the theorem by first proving the modularity theorem, which was then called the Taniyama–Shimura conjecture. Using Ribet's Theorem, he was able to give a proof for Fermat's Last Theorem. He received the Wolfskehl Prize from Göttingen Academy in June 1997: it amounted to about $50,000 U.S. dollars.

After a few years of debate, people agreed that Andrew Wiles had solved the problem. Andrew Wiles used a lot of modern mathematics and even created new maths when he made his solution. This mathematics was unknown when Fermat wrote his famous note, so Fermat could not have used it. This leads one to believe that Fermat did not in fact have a complete solution of the problem.

All content from Kiddle encyclopedia articles (including the article images and facts) can be freely used under Attribution-ShareAlike license, unless stated otherwise. Cite this article:
Fermat's Last Theorem Facts for Kids. Kiddle Encyclopedia.